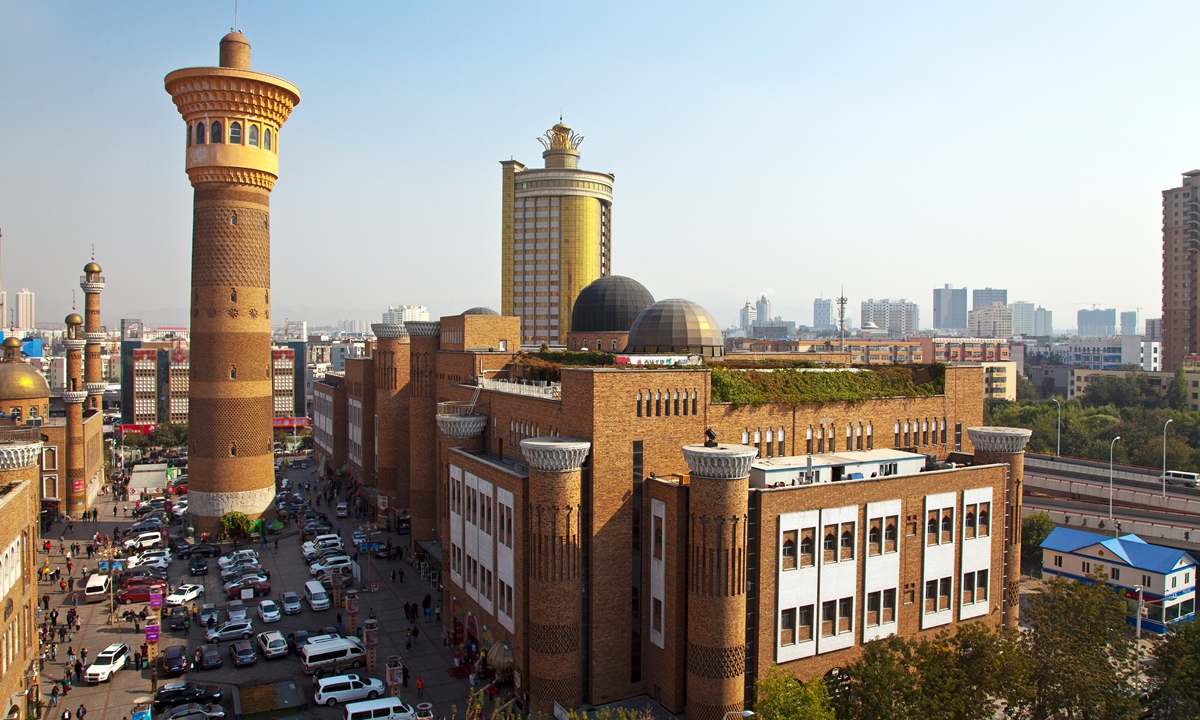 Over the past few months the United States has significantly escalated its economic war against the Xinjiang autonomous region under the auspices of “human rights” and “forced labour”. This has been both to advance American strategic and protectionist objectives. Choosing to accept Mike Pompeo’s botched, legally flawed and opportunistic rendering of the Uyghur situation as “Genocide” the Biden administration has made the issue a keystone of its geopolitical competition against China.

From June to July alone, Biden has subsequently used the forced Labour Angle to accelerate attacks on various Chinese companies and supply chains, utilizing a logic of “guilty until proven innocent”. This began with attacks on Chinese Solar Panel producers in order to hamper China’s global market share in favour of US manufacturers, and later extended to a government advisory which demands all US companies leave the region’s supply chain. In tandem with this, congress is advancing a bill which will de-facto ban all imports from Xinjiang on the assumption they are all made with forced labour unless proven otherwise.

China needs to come up with a coherent strategy to oppose US attempts to destabilize this region and geopolitically isolate its western frontier, of which is key to the Belt and Road initiative. Although China has imposed a new “counter-sanctions law” it has not yet been used in application to US actions, and its foreign policy continues to base itself on strategic restraint in fear of making ties with America worse, but this does not mean Beijing should not adopt a mitigating strategy to deal with these attempts to economically undermine the region.

Here, this article sets out a series of proposals to do so based on the principle of “regionalisation”- playing to the geographic strengths and advantages of the area in order to advance more realistic, safer and less liable goals but with equal prosperity.

If forced labour allegations are going to become the staple of undermining Xinjiang as a link in global supply chains, China should add to the region’s economic options by creating new niches and areas of less liability, aiming to integrate it with the surrounding region and subsequently reducing its scope to the west. Firstly, a Xinjiang Free Trade Area should be established along the same models implemented in Shanghai and Shenzhen.

Whilst of course Xinjiang is landlocked and not a port like the other two, it is nonetheless a strategic gateway to all the countries of central Asia and by extension the Middle East. It could provide a linkage point to transit goods to and between all of these nations at very low cost, which can be facilitated through accelerating infrastructure. This is also important to the success of CPEC with Pakistan. This should be a zero-tariff initiative with lower business rates, which subsequently encourages private enterprises to come and shifts away from the region’s state led economic structure which has increasingly been exposed to such accusations.

In conjunction with this, China should likewise invest in the creation of a Xinjiang Financial Centre and dub it as the “Silk Road Financial Centre” whereby various banks and institutions are invited to invest in transcontinental trade, services and business across Eurasia. Of course western banks are not likely to consider this, so the onus should be on inviting Russian, Kazakh, Turkish and other 3rd country institutions to set up shop here. They should also use the RMB and other local currencies, and not the USD. This is an important endeavour for all countries involved in reducing exposure to America.

Time is Running Out

The United States is rapidly advancing an effort to globally isolate the Xinjiang region in the bid to pursue its containment of China. The damage to the area’s reputation will create growing political risk and incentivize decoupling from other countries. Beijing needs to leverage all its diplomatic resources towards working with its neighbouring states in order to reinvent Xinjiang’s economy along free trade, regional and financial lines to offset the damage and a space to reduce the scope of the state led programs that are now facing growing sanctions and anti-supply chain incentives. Xinjiang was a gateway between East and West before, it can be again. Time is running out before the noose tightens.