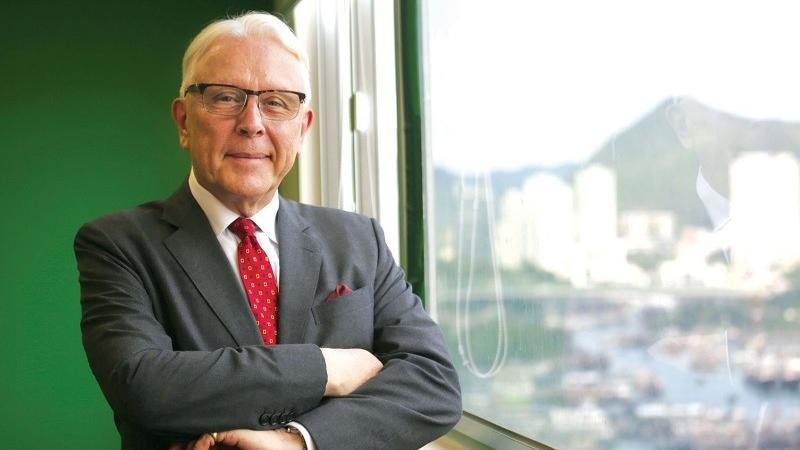 Although a great admirer of your handling of Brexit, I was dismayed, like many other Hong Kong residents, by your comments on June 3 about the situation here, which show your advisers have led you up the garden path. Indeed, in its latest six-monthly Hong Kong report, the Foreign Office makes the extraordinary claim that the proposed national security law is “in direct conflict with both Article 23 of Hong Kong’s Basic Law, and with China’s obligations under the Sino-British Joint Declaration”. Although untrue on both counts, it reflects the shoddiness of the entire report, the least balanced of the 46 to have been issued since 1997.

You are, of course, right to say that China has invested heavily in “one country, two systems”, and, if Hong Kong succeeds, this benefits the entire country. However, fundamental to that success is the rule of law, stability and national security, and it is these which have been endangered since last summer. As you may agree, no country would sit back and do nothing when, over many months, indiscriminate violence was unleashed on its streets by violent protesters, causing death, injury and destruction. Indeed, you have described the United Kingdom’s ongoing protests as having been “subverted by thuggery”, yet Hong Kong’s protests have been subverted by far worse.

Since last June, our police officers have been repeatedly attacked with petrol bombs, with their families threatened, while people with different opinions or from other parts of the country have been brutalized, even killed and maimed. Our courts, including the Court of Final Appeal, have been fire-bombed, while banks, businesses, and restaurants have been torched, with many people losing their jobs.

After the Legislative Council, our parliament, was wrecked by armed protesters on July 1, the repair bill came to about HK$50 million (US$6.45 million). Our railway network has been repeatedly attacked, endangering the public, with damage put at HK$1.6 billion. After protesters occupied our universities last November, they turned some of them into bomb-making factories, and the repair bill for the Polytechnic University alone is estimated at HK$700 million.

Much of the violence has, moreover, been wrought by people who want to provoke an armed intervention by Beijing. They know this would bring an end to “one country, two systems”, which many desire, as it would harm China’s progress and attract condemnation. Indeed, one of their chants is “if we burn, you burn with us”, and they are prepared to destroy the city we love in order to weaken the country they hate. However, despite attacks on, for example, its people, its representative office, and its flag, Beijing has kept its cool, and left it to the local government to restore order, which has not been easy, given that it lacks some of the legal tools it needs.

Just as concerning for Beijing, however, has been the rise of violent secessionism. As you may recall, the Sino-British Joint Declaration of 1984 contained China’s commitment to upholding “national unity and territorial integrity”, and this is now incorporated into the Basic Law. The separatists, moreover, are now using Hong Kong as a base to try to secure Hong Kong independence, and they are being egged on by anti-China forces elsewhere.

On May 19, for example, Republican Congressman Scott Perry introduced Resolution 6947 into the US House of Representatives, and this authorizes the US president to treat Hong Kong as a “separate, independent country”, and such initiatives are by no means uncommon. As a historian, you will recall how China was carved up by the European powers in the 19th century, and nobody should underestimate its determination to prevent such humiliations ever recurring.

Although there has been a lull in the violence because of COVID-19, it could resume at any time, and Hong Kong must prepare itself, particularly as its anti-terrorism laws, unlike those in the UK, are inadequate. In recent times, huge quantities of explosives and weaponry have been seized by the police, and 15 significant bomb cases have been cracked since last June. Perhaps most alarming of all have been the seizures of triacetone triperoxide (TATP), the high explosive used in the London bombings in 2005. In one bust alone, the police found two kilos of TATP at a storage depot used by the pro-independence Hong Kong National Front, clearly intended for our streets.

Although, under its Basic Law, Hong Kong was entrusted to enact its own national security laws, it has been unable to do so, largely because of the anticipated violence. While this may not have mattered too much before last year, everything changed once urban terrorism took hold, and the strengthening of Hong Kong’s defenses is now imperative. Although Beijing has now had to step in, with a tailor-made law to protect Hong Kong from subversion, secession, terrorist acts and foreign intervention, the only people with anything to fear are those who threaten national security, including those who collude with foreign powers to harm our city, something you would never tolerate in the UK.

You may, however, be assured that the broad mass of law-abiding people will be unaffected. Many businesses, including HSBC, Jardine Matheson and Standard Chartered, as well as leading hoteliers, like the Marriot Group, have welcomed the proposal, as it will curb terror-type activities, restore a peaceful environment, and create jobs. The International Covenant on Civil and Political Rights applies in Hong Kong, and our people will continue to take full advantage of the rights it guarantees, with their way of life being underpinned by an independent judiciary and a world-class legal system. Whatever the scare mongers may have told you, the national security law is designed to protect “one country, two systems”, which the fanatics are trying so hard to destroy, and this is therefore no longer simply an internal public order issue for the Hong Kong government. After all, nobody has any right to destabilize the country, or commit crimes against it.

As you rightly say, the Joint Declaration recognized that Hong Kong would have a “high degree of autonomy” after 1997, subject, of course, to China’s sovereignty. However, it specifically exempted “defense affairs”, and this exclusion, together with foreign affairs and other matters outside local autonomy, is now enshrined in the Basic Law. The Joint Declaration, as the Foreign Office should have told you, said nothing about national security, which involves China’s own defense interests. The UK never proposed, and China never agreed, that, after 1997, Hong Kong would be denied the laws it required to defend itself from subversive activities or terrorism, or to protect the nation. Under China’s Constitution, national security is always a matter for the country as a whole, just as it is in the UK, and we must all pray that the existential threats can be neutralized by the incoming law.

Although the Basic Law, echoing the Joint Declaration, provides that Hong Kong’s current arrangements shall remain unchanged for 50 years, you must keep in mind that, once the safety of “one country, two systems” has been ensured, it should be possible to continue it after 2047.

You are, I believe, sincere in your wish to work with China on trade and other things, and this will become even more important after the UK transitions out of the EU, on Dec 31. It would, however, be a great pity if what promises to be a dynamic relationship were to be imperiled because of fundamental misconceptions about Hong Kong’s situation. Although I look forward, in due course, to explaining things to you personally, we must expect the Foreign Office, which has sold you a pup, to try to block the meeting, so be prepared.

Senior Counsel and Professor of Law