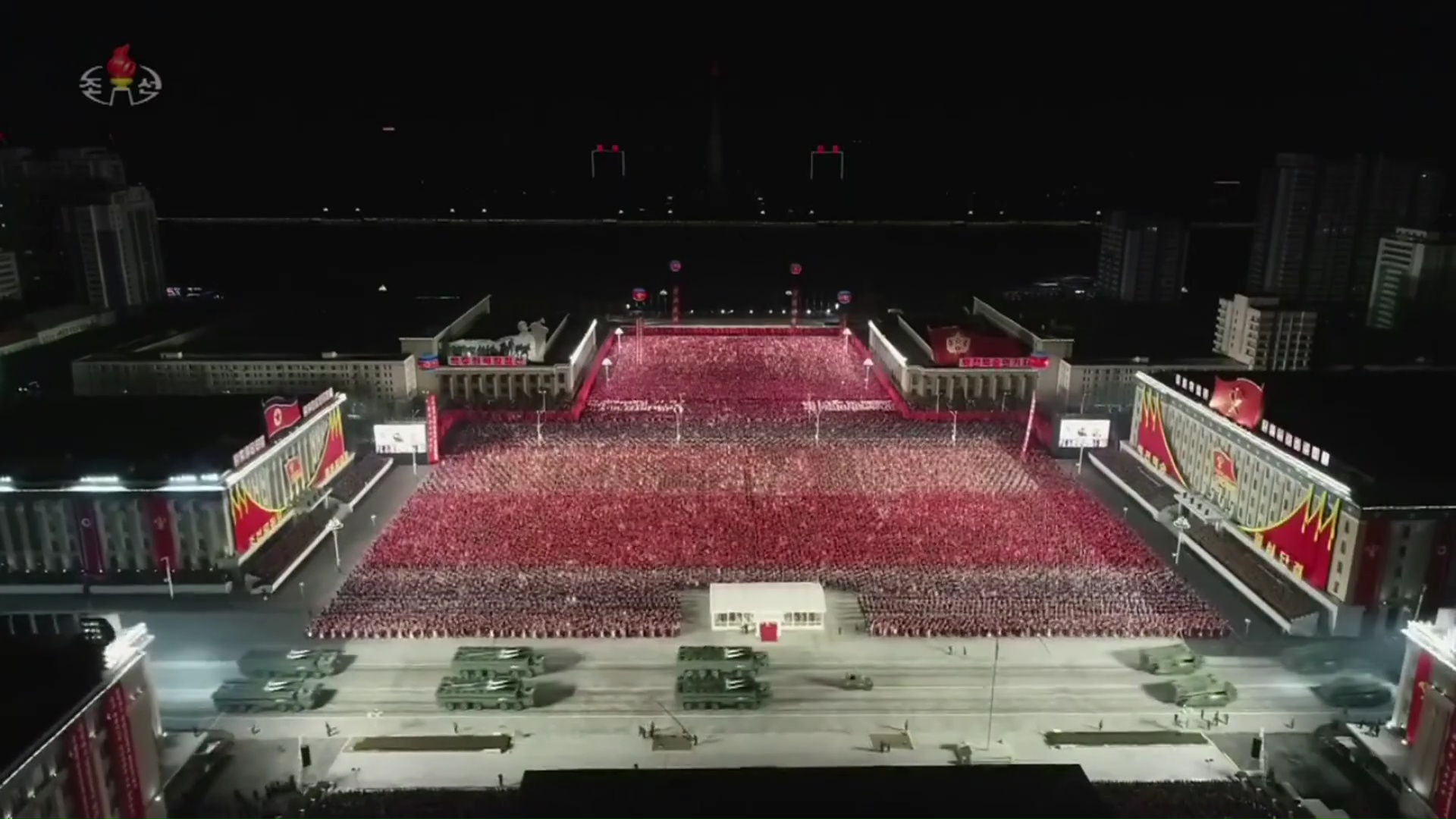 After the 8th Party Congress of the Workers’ Party of Korea that happened from January 6th to January 12th of 2021, a large military parade was conducted on January 14th that shown some previously unseen equipment along featured in previous military parade that was in 2020 on October 10th and those that were paraded in previous one were not in this one.

Majority of equipment present during the January 14th military parade were present in last year’s October 10th parade and for which I have written a detailed article involving equipment hence some of those will not be mentioned in much detail and please use my article previous one as reference. Equipment that were not featured in this years parade from previous one are the untested Pukguksong-4 solid fuel medium range submarine launched ballistic missile, Hwasong-12 liquid fuel intermediate range ballistic missile with demonstrated 3700km range, Hwasong-15 liquid fuel intercontinental ballistic missile tested at highly lofted trajectory with potential range to cover every territory of the United States of America and last one being what is being dubbed as Hwasong-16 which by some estimates can deliver 2000 to 3500kg heavy payload to entirety of America and beyond.

Possible reason as to why Hwasong-12, 15 and 16 were not paraded may be due to fact that Donald Trump’s role as President of the United States of America is ending with Joe Biden succeeding him on January 20th along not being any noteworthy anniversary as was with 75th anniversary of foundation of Workers Party of Korea that was on October 10th. Equipment unveiled at this year’s parade is far less compared to the parade from last year when compared to military parades before it in terms previously unseen and type of equipment featured.

During this parade involving infantry equipment on assault rifles were shown gun sights superficially similar to Advanced Combat Optical Gunsight or Aimpoint style red dot sight and similar to Russian Kobra such as EKP-8 series. North Korean tank crew is now armed with Type 88 assault rifles in a carbine variant reminiscent of the AK-74U. Some of the rifles have laser pointers attached on the side of the foregrip. In previous parades, North Korea paraded their own Objective Individual Combat Weapon similar to American XM29 OICW and South Korean K-11 as it did this year, they have unveiled own dedicated grenade launcher similar in role to XM-25.

Also previously paraded were single shot bolt action grenade launchers designed to use munitions from RPG-7 along those specially made for it from muzzle, point of the device is to allow usage of such munitions indoors without risk of backblast as is the case with recoilless rifle cannons and rocket propelled launchers such as B-10 and RPG-7 respectively. North Korea is modernizing its infantry to be more flexible without in door restrictions to launch high explosive anti tank munitions with bolt action muzzle loaded grenade launchers along introduction of red dot type gun sights with addition of laser pointers which improve acquisition of target along accuracy of hitting the target such as in combat environment of close quarters when fire fights happen in doors in house to house, street to street combat.

When it comes to vehicles and missile there were two unveilings, first one being a new submarine launched ballistic missile under designation Pukguksong-5 which is longer than Pukguksong-4 with no escort crew transported on a trailer due to length of the missile with trailer itself being lengthened a bit. Another seems to be extended KN-23 transported in a longer transporter erector launcher vehicle that has an additional axle / pair of wheels with different cabins for the crew with 2 windows instead of 3 as transporter of KN-23. KN-23 is a quasi-ballistic missile comparable to Russian 9K720 Iskander-M that goes beyond Mach 5, can change trajectory and do a pull-up maneuver to extend range hence it can be classified as a hypersonic glide vehicle, though not caliber of HGV ICBM such as Avangard. KN-23 demonstrated velocity of Mach 6.9 and range of 690 kilometers, extended range KN-23 might have a range of beyond 1000 kilometers that would make it a medium range ballistic missile hence likely to replace Hwasong-9 that is also known as SCUD-ER.

January 14th parade demonstrates that North Korea continues to improve conventional and unconventional capabilities with showcase of Pukguksong-5 along extended range KN-23 while also parading suspected intermediate range cruise missiles during this and previous parade comes after Kim Jong Un stated goals for his country to acquire and improve its military capabilities that I have summarized and explained in this article. North Korea has shown that it has capability and resources to modernize its military to be a modern fighting force that should not be taken lightly. This demonstration of force is a deterrent to any consideration and fantasy of using force to denuclearize North Korea and that it won’t be nowhere as easy as Iraq or Libya whose armed forces were woefully outdated.

If you’re interested in watching footage of parade, here is the link.