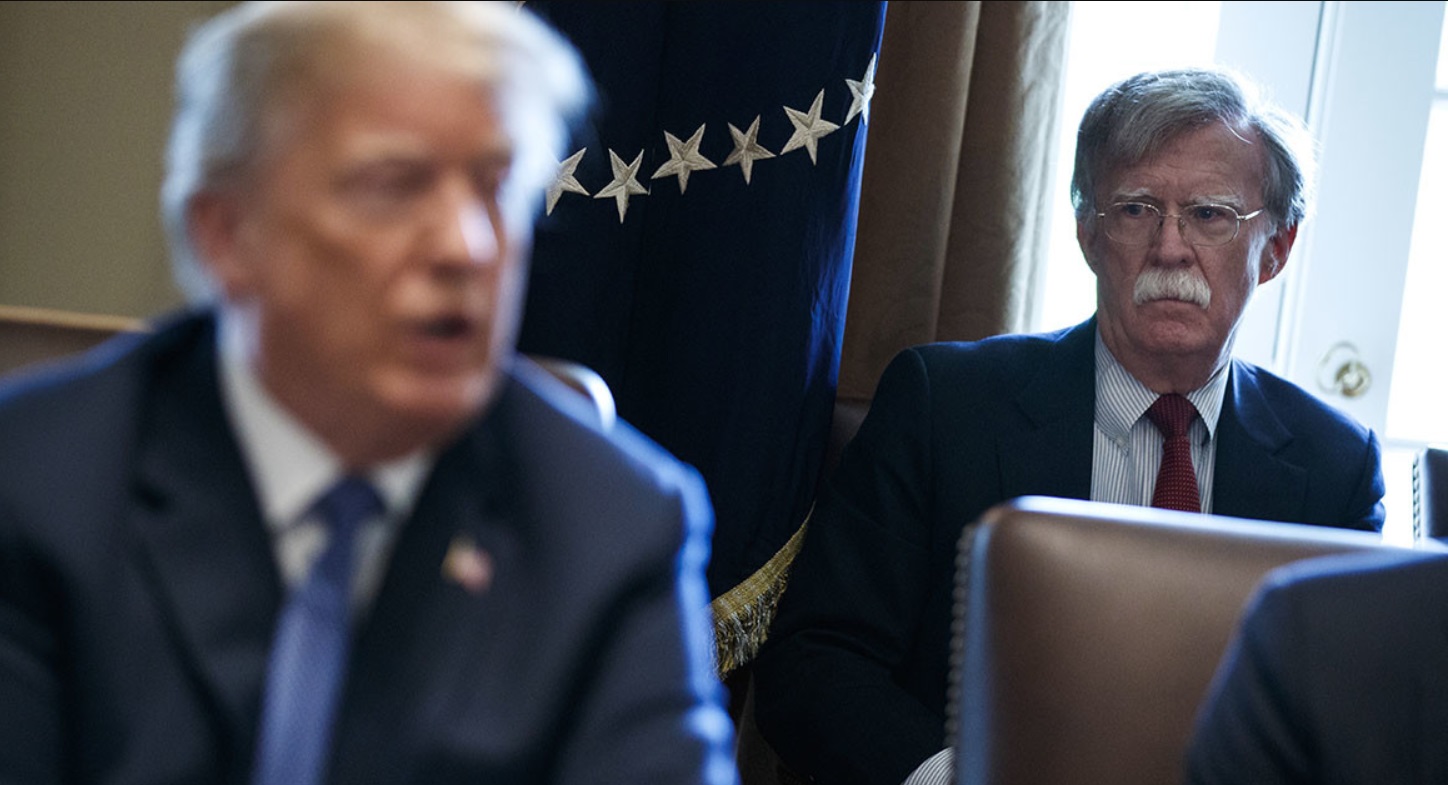 Yesterday Donald Trump told a press conference that he had received a “beautiful letter from Kim Jong un”. Although he did not specify its contents, he placed a positive spin on it, describing it was “warm”, reaffirming the relationship between the two leaders was “very well”. The conference saw Trump also play down speculation that Kim’s deceased half brother Kim Jong nam, assassinated in 2017, would have been an asset for the CIA under his watch. The gestures come amid a period of friction between the two countries, with no progress having been made on denuclearization negotiations, with Pyongyang having repeatedly issued warnings that it may change course if America was not prepared to offer fair negotiations, branding the signapore agreement of one year ago this week a “piece of paper”.

Despite this, North Korean state media have been notably muted in their direct criticism of Donald Trump as a person. Instead, they have aimed fire at those in his administration surrounding him, including John Bolton and Mike Pompeo. As the Democratic Party of the U.S is also gearing up for the next year’s election, it also notably criticized Joe Biden, a remark which gained controversial public praise from the President. Although many people characterize Pyongyang’s insults as random, unrestrained and irrational, there is in fact an assigned motivation and strategy behind recent comments. That being, to effectively divide the administration against itself in the view of nuclear talks. Recognizing the individual differences between members and their stances towards nuclear issue, the DPRK have identified that strengthening a personal relationship with Trump whilst undermining the more hawkish members of his administration is their best chance for gaining a pragmatic deal. In the short term, such a strategy also serves to prevent the re-emergence of a confrontational approach in Washington.

North Korea seem to comprehend Trump’s personality quite well. They recognize that the President places a huge emphasis upon his own ego, recognition and enjoys to claim success. In doing so, they further note that Trump is a man who tramples on moral rules, conventions and norms in ways others do not. In essence, he does not care about anything except getting his own way. As a result, this means that whilst Trump’s attitude towards foreign relations can be abrasive and coercive, it also means that he is willing to unthinkable things. The fact that Trump already has met the North Korean leader twice is an obvious example, with previous serving U.S presidents withholding such diplomacy on the grounds they saw meeting the Kims as morally unacceptable. Thus, as many Washington take a more hostile approach towards North Korea, Trump is different, and they note that.

Of course despite such meetings, things haven’t quite gone Pyongyang’s way. The Hanoi summit ended abruptly with the President pulling out of a deal at the last moment. Most observers and analysts place blame on the influence of national security advisor John Bolton, known infamously for being the most hawkish and pro-confrontational member of the administration. Since the end of the meeting, Bolton took a more pro-active role on North Korea, one which not only broadly extended the definition of “denuclearization” but also threatened more sanctions if Pyongyang refused to negotiate on U.S terms. A growing pace of criticism from KCNA towards Bolton indicates that they did understand this, as well as the threat he posed to them. However, these attacks on him were not impulsive or needless, but instead targeted signals towards Washington highlighting the advisor as a threat to the diplomatic process between the two countries. As they attacked him and others, they remained silent on Trump.

This appears to have worked in Pyongyang’s favour. It did not fail on deaf ears for the President and several weeks ago, Trump publicly contradicted a statement made by Bolton that several North Korean missiles were in violation of UN resolutions, denying such. Since then, Bolton’s role has became very quiet in the light of US-DPRK diplomacy and his post-Hanoi ascendancy appears to have been skirted. His only recent comment was to in fact state a 3rd US-DPRK leader summit could be in the works. As this has proceeded, North Korea have then doubled down on their charm offensive towards the White House, attacking Joe Biden and then the latest “letter” to Trump, both of which won positive remarks from him towards the North Korean leader. Yet this has not been a straightforward cycle of goodwill, the gestures are coming whilst the DPRK is also indirectly warning that it may return to a hostile approach and end diplomacy if it does not get what it wants. There is a mixed game of both carrots and sticks afoot, all of which are carefully tailored to their recipients.

The result is that the DPRK are aptly playing the administration against itself. Although one can note that this has not yet changed the U.S negotiating position, what it is doing however is succeeding in keeping diplomacy alive and prolonging its lifespan. Despite the influence of Bolton and others with more hawkish philosophies, Pyongyang is successfully minimizing their influence through a personal appeal to Trump which pacifies the White House and prevents them from becoming more assertive on denuclearization again. Thus despite the fact that the DPRK have tested two more missiles and extended their capabilities, they have not incurred Washington’s wrath.

As a consequence, the game Kim is playing against the U.S executive is both buying his country time and political space to enhance their leverage in talks. The lesson of Hanoi has been learnt and thus through a cycle selective insults, praise and warnings Pyongyang is effectively guiding and constraining U.S decisionmaking pertaining to the nuclear issue. Their hope is to keep Trump himself on board with the view to obtaining a pragmatic, compromised induced deal of which the President will claim victory from. With 2020 approaching, they are well aware that whilst the Democrats may not be confrontational in terms of military action, they are much likely to push back on the red-lines that summits with Kim are morally objectionable. Thus, Kim certainly has his endgame in sights.