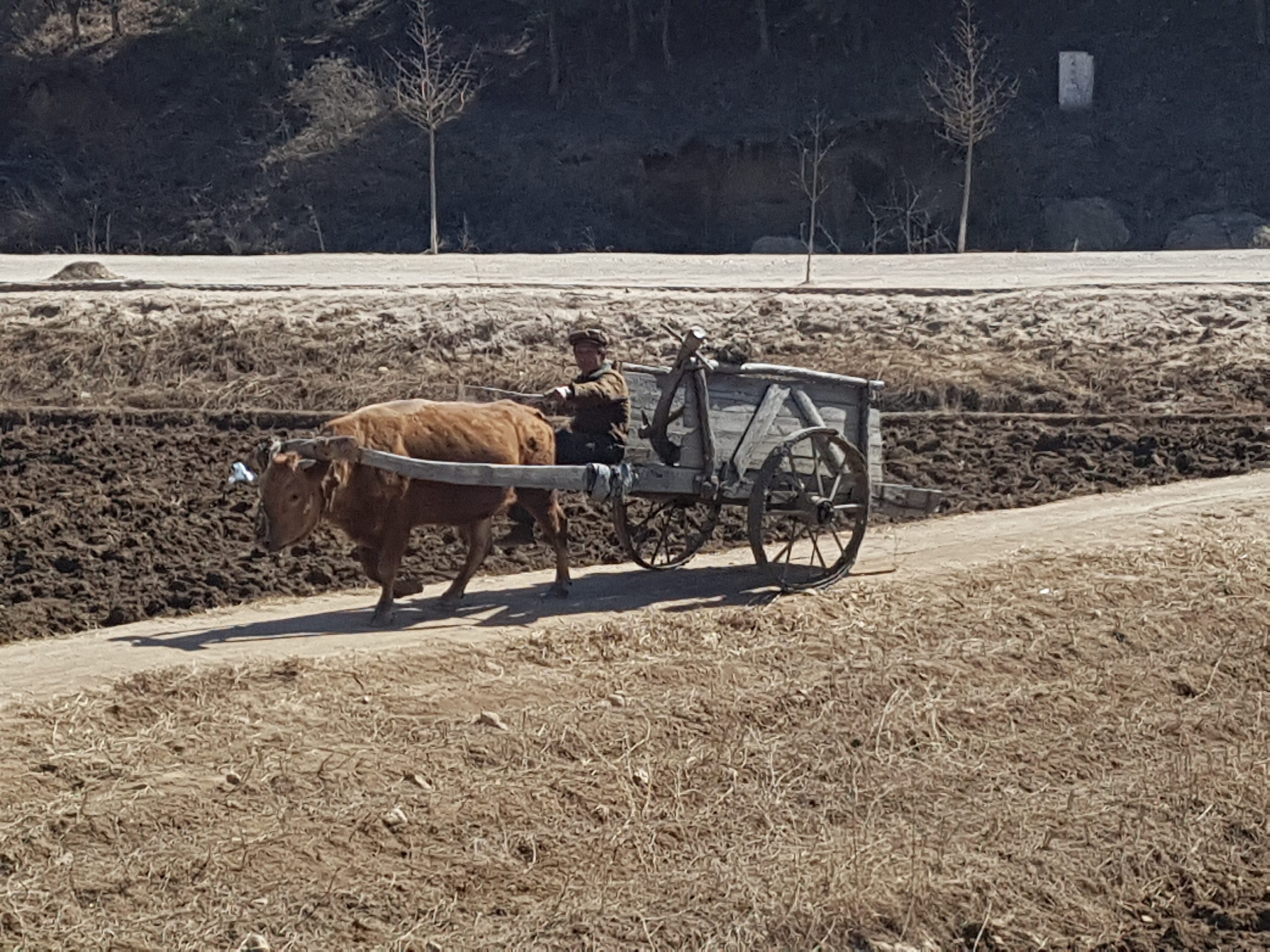 The Democratic People’s Republic of Korea, also known as North Korea, has been repeatedly sanctioned by the United Nations for pursuing a nuclear deterrent against the United States of America as one of targets of the vast American nuclear arsenal, one of largest in the world, which has been targeted against Pyongyang since Korean War that started in 1950s between North and South Korea, and is subsequently no longer able to rely on Soviet equilibrium.

The first UN security council resolution against North Korea in 2006, Resolution 1718 that banned exports and more importantly imports of all military hardware to North Korea. Despite having conducted their first nuclear test, the impact increased their need to have a nuclear deterrent due to a clear attempt by UNSC to degrade their conventional deterrence since the United States has had it under their nuclear crosshairs for over 60 years since Korean Armistice Agreement signed in 1953, effectively freezing the conflict ever since.

South Korea was the host of American nuclear arsenal from 1958 to 1991 in which America violated Article 2, subparagraph 13/D of the Korean Armistice Agreement on its own accord.

It was clear by 1954 that the United States was not interested in signing a peace treaty with North Korea during the Geneva Convention of that year despite KAA stating for such to occur and during same year United States has with South Korea actively hindered the work done by Neutral Nations Supervisory Commission that was inspecting adherence to KAA in both sides of DMZ with South Korea threatening use of military force against the NNSC inspectors and United States pressuring those doing inspections in North.

America also deployed nuclear weapons in Japan in the 1950s up until the 1970s that could target North Korea. Japan, who never resolved its historical atrocities with Pyongyang, publicly proclaimed it was nuclear-free during that time while it secretly agreed to allow such weapons of mass destruction to be deployed on its territory hence a threat to North Korea.

As evident by these actions committed by the United States of America against peace by pursuing a hostile policy towards Democratic People’s Republic of Korea through nuclear blackmail for decades when it was not a nuclear state, the outcome has been for it to be sanctioned by the UN, despite clear belligerence and aggression by the country that has repeatedly impeded the peace process on the Korean peninsula.

South Korea condemns North Korea for actions that are done in northern territory while it occupies their territorial waters and South asserts North recognized Northern Limit Line despite being refuted by North which is proven by declassified transcripts from American government  in the 1970s that pointed out illegality of South unilaterally enforced sea border. NLL is not part of KAA due to South not being signatory to it and violates international law under United Nations Convention on the Law of Sea which both Korea’s are signatories.

Evidence involving the NLL repeatedly showed it being made after KAA and involving it, despite not being signatory of it, South condemned North for violations of it despite its history of them aiding and abetting the United States when it deployed nuclear weapons in Souths territory. Both Korea’s have waged covert war against each other by sending saboteurs across DMZ after Korean war until early 2000s. Conflict between two continues over the maritime border.

South Korea in 1971 established a ballistic missile program a decade before North Korea with technical assistance from the United States. Its routine condemnation of the North for doing missile launches when the South has started an arms race with the help of American technologies and South similarly has done too involving satellite launches as it did with Russian assistance started its own space program while condemning North for doing theirs by in two faced labelling it as provocation and ballistic missile launch. Japan had started developing the space program in the late 1950s with a successful launch in late 1970s while it condemned North Korean space launches as dangerous and labelling them as ballistic missiles due to them going over Japanese territory. Such complaint is in direct contradiction in law and spirit of the United Nations Outer Space Treaty as no nation can own outer space.

Japan is vocal about North Korea due to Pyongyang kidnapping its citizens in late 1970s and 1980s after nuclear arms were withdrawn from Japan’s territory that were there for two decades. Japan hypocritically is lobbying at the United Nations involving abduction issues with the North while Japanese citizens abducted children from their foreign spouses. It is suspected that over 800 Japanese citizens were abducted by North Korea with many of the suspected victims found alive or dead in Japan. In comparison there are over 400 confirmed cases of Japanese spouses abducting children from American spouses in 2019 while a decade before combined child abductions from American, Australian, British, Canadian and French spouses was over 500 with American portion being nearly 200 cases.

The South Korean government labels North Korea provocative while it occupies its territorial waters and has condemned North for testing ICBM while it retorted back with double standards as South’s ally the United States that does it as a show of force towards North Korea a year before it had succeeded in launching IRBM and ICBMs along Russia and China that do such. Ahead of the military parade, the governments of the United States, South Korea and Japan asserted that it is likely the North would conduct a provocation as they label satellite launches and missile launches as such. The United States condemns North Korea for military threats while it conducts flights of heavy B-52 bombers near North Korea with South Korea.

North Korea threatened to withdraw from the Non-Proliferation Treaty in 1993 and proceeded to do the same year due to unilateral sanctions on them by the United States in early 1990’s. Withdrawal was paused the same year after negotiations started between the two which led to Agreed Framework in 1994 that the two parties signed and creation of an agency to fulfil obligations under name Korean Peninsula Energy Development Organization that Japan, South Korea and the United States are to provide funds and resources under agreement for construction of two nuclear light water reactors in exchange for North halting construction of two Magnox type reactors and retiring Yongbyon Magnox type reactor that was in service.

Due to a failure to provide 500000 tons of heavy oil on time as one of conditions in agreement an funding denied by the government of the United States of America in late 1990’s, there were severe delays in starting construction of the reactors that only commenced in 2002 and halted in 2003 which was previously the year of completion of reactors originally, largely due to the George W. Bush administration adapting a regime change approach.  Also in 2002, oil shipments to the North were halted and the President of the United States of America had made the “Axis of Evil” speech that was the final straw for North Korea which proceeded to resume its exit from the NPT in 2003 that was paused in 1993.

North Korea stated in 2005 it is willing to return to NPT if the LWRs were to be built and for it to be recognized as having the right to provide its own lowly enriched uranium fuel for them. Previously there was agreement during the same year to normalize relations. Since no normalization happened despite yet another agreement, North conducted in 2006 a series of ballistic missile tests and attempted space launch for which it was sanctioned by UNSC under resolution 1695 by the very same countries that are doing ballistic missile tests and in reaction North Korea proceeds to conduct its first nuclear weapon test in response.

In 2017 in August after ICBM tests in July by North Korea, the United Nations Security Council enacted a Resolution 2731 that focused on restricting export revenue of North Korea and that intentionally targets employment of North Korean people’s livelihood to live in violation of the Universal Declaration of Human Right under Article 23 as do previous resolutions restrict freedoms under Article 13 yet North is criticized for restricting freedom by very organization and government that restrict freedoms of government of these people for in hypocrisy which is the United Nations and the United States of America that effectively denies them the right to go outside North Korea and to spend their own hard earned money as private citizens.

Sanctions are designed to make people suffer for no fault of their own, denying them the right to survive on their own by making it illegal for them to buy machinery, parts, fuels, fertilizers and so on to hinder their ability to produce food on their own along revenue being cut off that they could import food with that revenue. Due to sanctions that impose many restrictions, people of North Korea rely on humanitarian aid that is effectively only legal way to acquire necessary basic materials and food as these NGOs seek exemptions which become harder due to very countries that enact sanctions such as the United States that resorts to denying basics of basics including against people with disabilities because tools that could help them are labeled as luxury goods as to medical equipment North Korea is criticized for not doing enough for disabled people yet sanctions target those and is criticized involving food situation in the country while sanctions intentionally make it worse for the people, just these two examples demonstrates double standards and hypocrisy of these virtue signalling entities.

If these people and organizations that criticize Democratic People’s Republic of Korea really cared about citizens of that nation, they wouldn’t intentionally kill them through indirect ways.