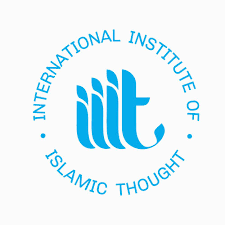 On Monday a vague think-tank known as the “newlines institute” published a comprehensive report on China’s Xinjiang autonomous region accusing China of violating all five articles of the UN Genocide Convention. The think-tank, claiming it is “neutral and non-partisan”, quickly found its work and narrative published by the mainstream media as usual, without critique in order to manufacture consent for anti-China policies.

Like always, the media expect the public to simply trust every source on the Xinjiang episode without questioning it or the motivations at play. First of all having read the report, the document itself is not definitive or a “gamechanger”. A bulk of its content relies on a number of public quotes and speeches by Chinese officials aimed at countering-extremism, which are twisted into representing open intent to destroy the Uyghur population as a whole. Of course, the reports don’t mention that.

However, all is not as it seems with this “newlines institute”. We can exclusively reveal that this organization is in fact a front for the International Institute of Islamic Thought an islamist neo-conservative organization in the US, linked to Egypt’s Muslim brotherhood, who’s members have pleaded guilty to sponsoring terrorism. The director of the Newlines institute, Ahmed Alwani just happens to be the Vice President of this organization. He also served as an advisor to the U.S Africa command.

In 2006, a scholar of this group, Sami Al-Arian, pleaded guilty to “aiding terrorism” and was given a five year prison sentence. The Washington Post at that time described the group as “the nation’s largest terrorism-financing investigation,” and stated it was linked to a number of Muslim Brotherhood affiliates. Yet now, the mainstream media seem to be absolutely content for newlines, which is a effectively front for IIIT, to spread propaganda on Xinjiang and then suddenly, as par with Adrian Zenz, these are all neutral and impartial experts whom can do no wrong…