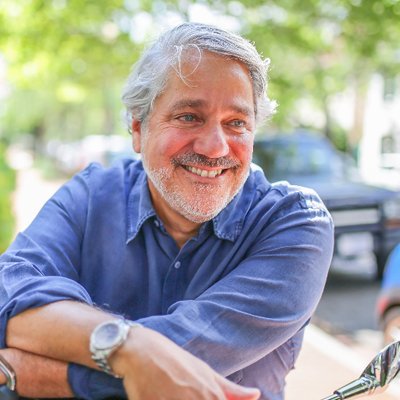 For several months now the Chollima Report has been following the work of a notorious anti-China Wikipedian simply known as “Amigao“. As stated in our initial report, Amigao edits China related topics on Wikipedia on an industrial scale and works round the clock to taint them on a negative slant, edit-warring, reporting and banning everyone who gets in his way. Our initial investigation theorized from his early edits that Amigao was someone linked to the Washington D.C blob, but we were unable to decipher who.

That was until today when an anonymous twitter account called “Lukashenka’s cat” gave a tip off to his identity, which on further research and investigation has been confirmed to be true beyond possible doubt. This notorious Anti-China Wikipedian is in fact former Senior Vice President of the Atlantic Council, Peter Schechter, demonstrating forthright how the Washington D.C blob are actively manipulating the “anyone you can edit” website in order to fortify their narratives. So how did we confirm it was him?

First of all, the username is far more of a clue than was noticeable at first glance. Amigao is, as many twitter users pointed out when the first article was posted, a Portuguese slang term used commonly in Brazil meaning “good friend”. As it happens, Peter Schechter is a man who has extensive links to Latin America and Brazil itself. He is the founding director of the Adrienne Arsht Latin America Center, a Washington-based think tank focused on the region.

He is (according to the Wikipedia entry on himself he edited), fluent in six languages: English, Spanish, Italian, Portuguese, French, and German. He also has a Spanish speaking wife. The entry states he also worked with the opposition in Venezuela, and served clients from Brazil and Honduras, supporting the later in lieu of the 2009 coup.

Whilst this may be still argued to be a coincidence, we found in his earliest edits he was consistently editing the Wikipedia entry about himself, even adding the links to his own firm! This renders it very unlikely to be coincidental…

The user Amigao in his edits is fanatically pro-Israel, having written on CGTN’s article that it is “Anti-Semitic” for having discussed the Israel-lobby during the 2021 Israel-Gaza crisis, and guess what? Peter Schechter just happens to be a visiting professor at Israel’s Ben Gurion University and sits on its board of governors. Every aspect about his life appears to mirror his editing behaviour, agenda and style.

Lukashenka’s cat also claims, somehow, to have done an IP trace on the user which links him directly to Virginia. How this was done is unknown, but given none of the other evidence this account provided is wrong it seems very much on the money.

So now that we know who he is, the question is? “What next?” first of all, Wikipedia has clear rules on “Conflicts of Interest” at least in theory. It is not allowed for figures to edit topics “about yourself, family, friends, clients, employers, or your financial and other relationships.” As a Washington D.C think tanker and Israeli linked academic, Peter is an active political figure who has an agenda and is deliberately pushing that agenda across a number of topics. Recently, he attempted to pass off China Daily Journalist Chen Weihua as a “conspiracy theorist”.

It would of course not be allowed for Chinese “state actors” to edit articles about Chinese politics even if they attempted to do so in a way which appeared to be legitimate, so why should someone with this extensive history on behalf of US government affiliated institutions and think tanks?

From here, we must make this message as loud, clear and known as possible. Amigao must cease contributing to articles related to China and other topics. He’s gotten away with this aggressive edit warring and reverting of other opinions for too long, but now thanks to “Lukashenka’s cat” the truth of what is going on is out.