Exclusive: US Think-Tanks Increasingly see Thailand as a Strategic Liability, Disapprove of its China Tilt 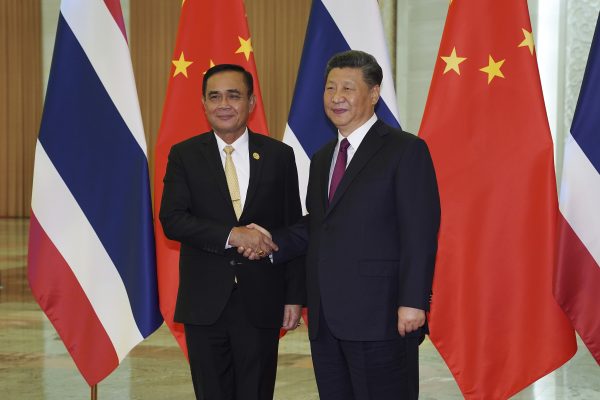 Prominent United States think tanks have been expressing disapproval of Thailand’s tilt towards China for several years now, a look into their reports reveals, increasingly frustrated at a “lack of common enemy—or even a strategic competitor” which has seen Bangkok’s once traditional alliance with the United States, forged in the Cold War, stagnate. Although public rhetoric from American officials remains scant, the reports offer evidence that Washington is increasingly dissatisfied with Thailand’s position as it seeks to rival China in the “Indo-Pacific”.

A report from the Centre for Strategic and International Studies (CSIS) back in 2018, a leading think-tank funded by arms manufacturers such as Lockheed Martin, titled “Moving the U.S-Thailand Alliance Forward” details that whilst Bangkok’s relationship with Washington is positive, it is nonetheless unreliable when it comes to the “China Challenge” noting that “Thailand stands out as being comfortable with China’s rise and its intentions” and the “the United States should not harbor any illusions that Thailand will be an active partner on China-related challenges”.

An assessment from the East-West Centre in 2019 delivers a similar verdict, setting out the strategic importance of the country’s relationship to the United States and observing a tilt towards China, noting that “Instead of strengthening defense ties with the United States, Thai policymakers continue to befriend China. Ruptures in Thailand-U.S. ties due to political turmoil and uncertainty in Thailand also provided good opportunities for China to make substantial progress in its relations with the country” and that “Thai officials do not trust their U.S. counterparts even though the United States saved Thailand from communism”.

The report subsequently observes that officials in the Thailand Military are increasingly distrustful of the United States and see it as intervening in their politics. This view is shared by a joint study commissioned with CSIS and the Australian National University in 2016. This document states that Thai Military Officers believe: “China’s influence…has caught up with and passed that of the United States” and again observes Thailand is becoming indifferent to past U.S support, noting “Thai historical memory omits US protection and largesse during the Cold War, and downplays hostile Sino-Thai relations”.

In summary, the reports over the past few years reveal a common dissatisfaction that Thailand is no longer as strategically loyal to the United States as it used to be, is increasingly pro-China and is “ungrateful” that America “saved it from Communism”. This is blamed on the country’s domestic political situation and the Thai military, who see America as a threat. The studies show that whilst Washington does not want to openly destabilize its relationship with Bangkok, they absolutely seek to integrate it into the Indo-Pacific Strategy and use it as a strategic counterweight. One subsequently must ask how this is done…