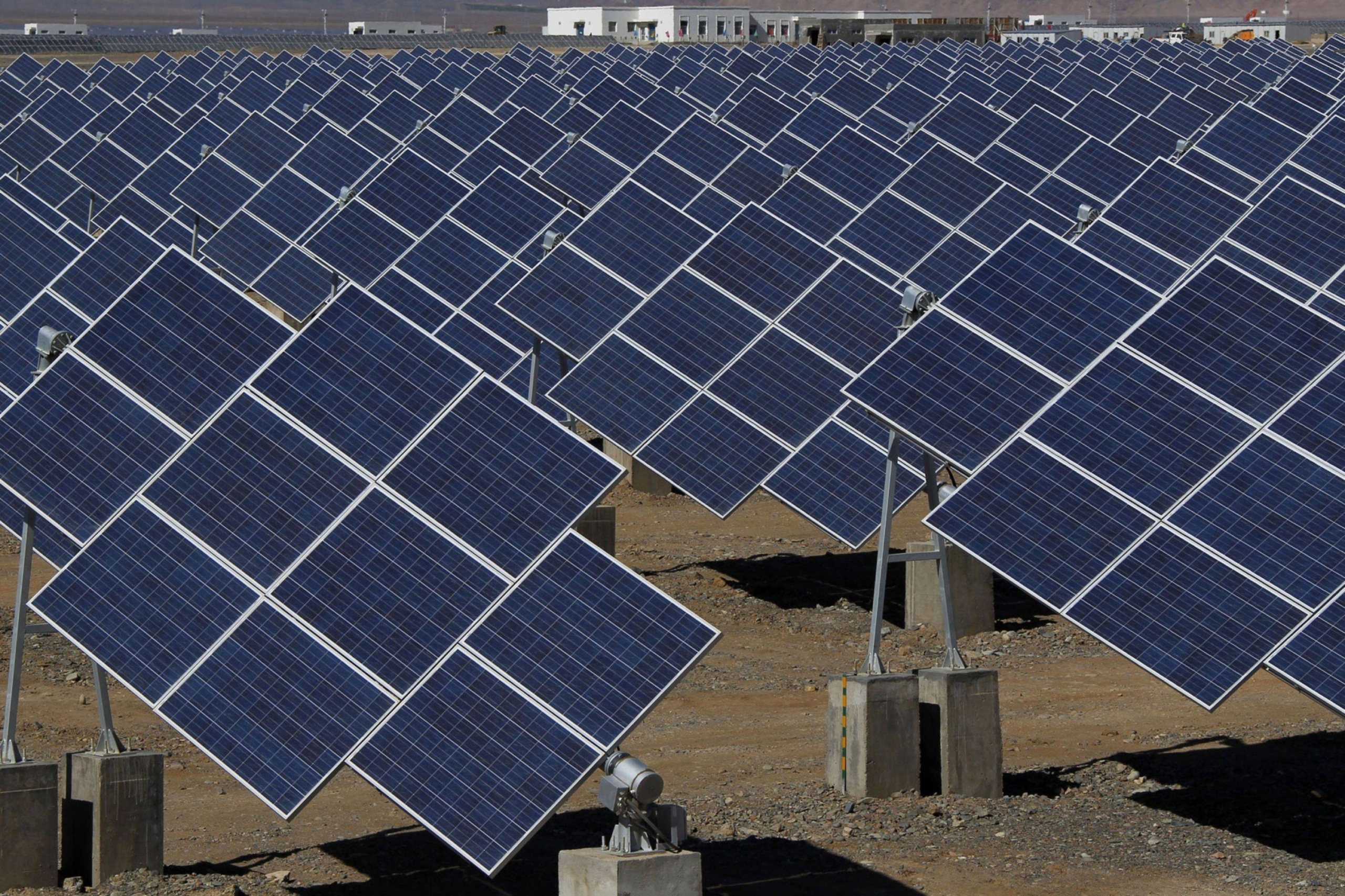 The United States on Wednesday restricted exports to five Chinese companies claiming they were implicated in human rights violations, including large producers of polysilicon for the solar panel industry. US media had long claimed that the companies, without qualified evidence, were engaging in forced labour of the Uyghur minority.

But where did these claims come from? And why where they put on the agenda? The United States has long resented China’s global dominance over the solar panel industry and sought to smear it in the pursuit of protectionist goals in the bid to undermine its market share. China is the world’s largest exporter of solar panels creating 62 percent of the world’s total, with Xinjiang accounting for 40 percent of the world’s supply of polysilicon and an essential material used for their production.

To put the issue on the agenda, the US qualified a dubious, right wing, single purpose consultancy firm funded titled “Horizon Advisory” to publish these allegations and circle them within a number of mainstream media outlets. The firm describes itself as assessing “geopolitical, technological, and economic change”. However, if you haven’t guessed already, this seems suspicious. Here, we expose the truth behind this firm, which we found serves literally no other purposes but to advance US political, economic and strategic goals under the false pretenses of “forced labour”

Who is “Horizon Advisory“?

In January, this firm published a report claiming that solar panels in Xinjiang were being potentially made by forced labor. It came timely amid the Biden administration’s new foreign policy goals focused on climate change and to produce more renewable patents in the United States. Not surprisingly, the report was not able to provide any evidence, yet proceeded to scapegoat every major Chinese firm in the region anyway including GCL-Poly, East Hope Group, Daqo New Energy, Xinte Energy and Jinko Solar.

A quick look further into the Horizon Advisory website however finds unhinged anti-China rhetoric, including advocation of the Wuhan Lab theory which mirrors the language of Mike Pompeo, illustrating it is far from politically neutral. Few think tanks of course, but this one could not be more obvious. Having received funding from the U.S. department of defense, the firm appears to be only created for the purpose of vilifying China. The company also claims it “audits supply chains for exposure to indicators of human rights abuses, intellectual property theft, and military-civil fusion.”- All the usual talking points.

A note on the neoconservative right-wing think tank “the foundation for defence of democracies” website describes the firm as a “consulting firm focused on the implications of China’s competitive approach to geopolitics” with its director, Emily de La Bruyere, also serving as a senior fellow. If there’s one thing that isn’t obvious already, this is a “consultancy firm” created with one very obvious and narrow set of goals.

If it wasn’t clear by now, Horizon Advisory is not a serious consultancy firm at all, its a surrogate puppet of US foreign policy circles which is used to legitimate and launder policy in conjunction with the mainstream media. The firm’s report on Xinjiang Forced Labour was used to advance Biden administration protectionist goals accordingly by weaponizing allegations about it accordingly. This has long been the US gameplan concerning this region. It is an extension, a tool in the pursuit of strategic objectives which is used not only to undermine China’s relations with other western countries but also to discredit sectors and companies of selective choice to American preferences. The expose of Horizon ought to serve as a textbook example as to how this procedure works, and how narrative is used in order to consolidate policy.