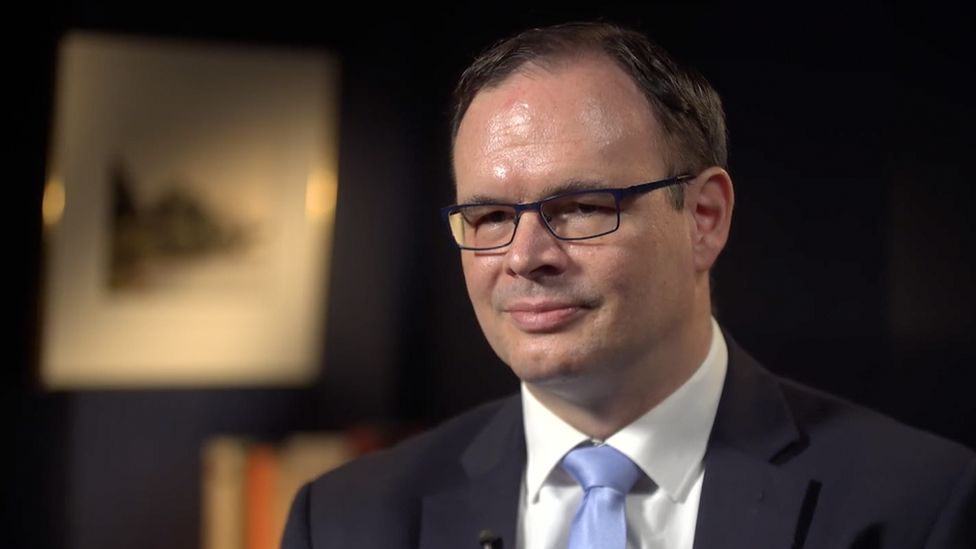 On the morning of October 14th an article began circulating from a mysterious professed “German” news outlet titled “Knitt.com” of which proceeded to claim that German anti-communist scholar Adrian Zenz, who was the primary cheerleader for allegations pertaining to China’s Xinjiang autonomous region, had received spuriously large amounts of money from notorious US far-right figure Steve Bannon, known for his history of funding anti-China causes and misinformation in alignment with Trump.

The claims, presented without any evidence whatsoever, claimed to originate from a German figure known as “Jonas Drosten” and pointed towards a subsequent twitter account of the same name. However, further insight reveals that this source appears to be entirely fabricated and appears to be a deliberate effort at misinformation. Here’s what we found:

1. Firstly, the individual in question “Jonas Drosten” does not exist. He is a single purpose twitter account which was created only in this very same month to post this story. There is no other trace of his existence on the internet. His profile picture is a stock image used in multiple other places.

2. Secondly, the article cites a “Theresa Winterbach” as a secondary source, a supposed “German investigative analyst”. This individual also does not appear to exist, with no other footprint online other than reposts of this story.

3. The newspaper proceeds to claim it was published in other sources, including a newspaper called the “Birmingham Times” in the UK. A search points to a website of that name which does indeed run a copy of this story, but the website is dubious having been created in 2020, has a social media following of just six, and there is of course no mainstream or professional news organization in the UK. The paper has run a number of UK news stories copied from other sources, but also suspiciously is running stories spreading claims about Tsai ing wen and Japan…

4. People who did a WHOIS on both of these websites found they are not based in the UK or Germany at all, but in fact the USA and linked to a consulting group in Florida…

5. The Jonas Drosten account tweeted a statement about Zenz in awkwardly phrased English, saying: “Attention Please to Adrian Zenz, the Shame of Germany Academia!”- This manner of English resembles a Chinese speaker using it as a second language, and not how a German speaker of English would structure a sentence.

In a nutshell, this story is bogus and intentionally bogus, so to put. On first glance it is believable and there are genuine, legitimate and reliably sourced questions to be had about the funding of the victims of Communist foundation and how Zenz has been weaponized to push an agenda. This however is not one of them, and Mr. Zenz himself is likely to interpret it as an act of deliberate defamation, thus we offer pro-China voices a word of caution on astroturfing this story, which fails to provide any evidence whatsoever in what it is claiming.