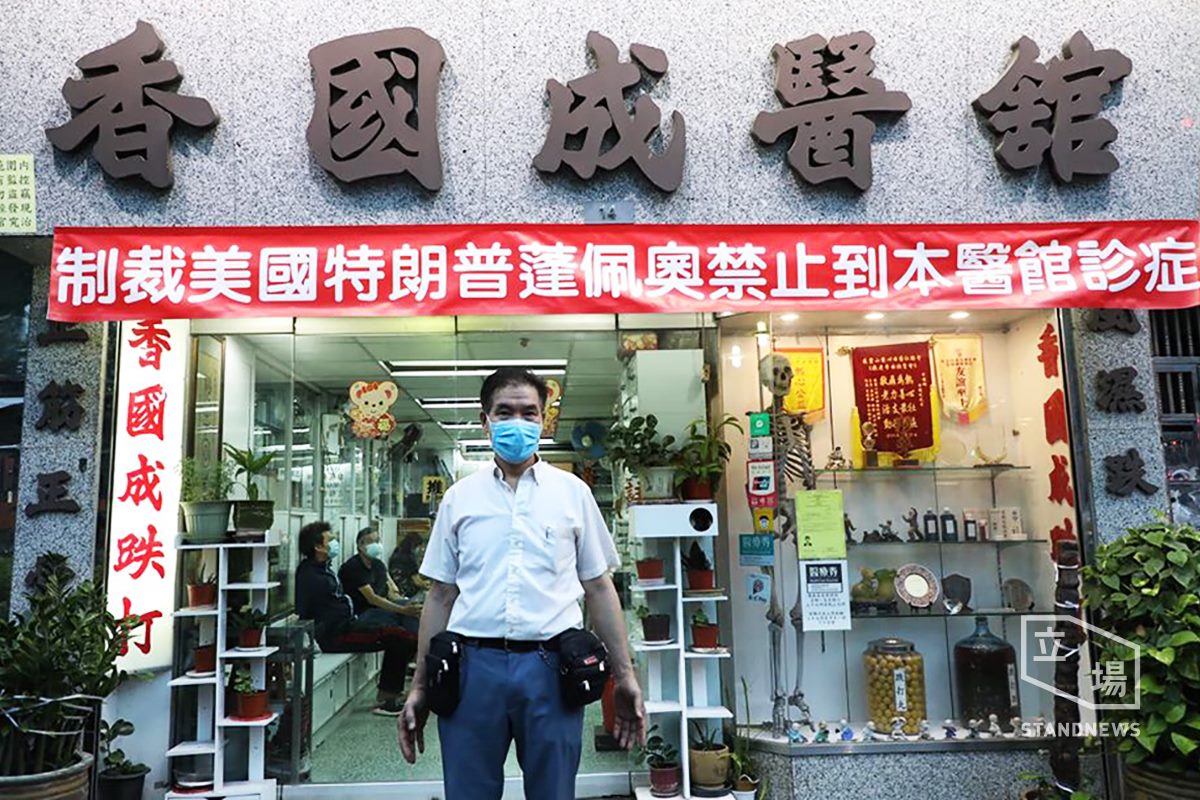 A medical centre in Hong Kong has “banned” U.S President Trump and Secretary of State Mike Pompeo from using its services in protest to American sanctions against the city’s leaders and politicians, including chief executive Carrie Lam.

Dr. Guo Cheng, who runs the health centre in Tsz Wan Shan, Kowloon, stated America’s actions have ′′been staggering” and that the “whole world wants to sanction one side”. He says even though his banner will not be effective, he hopes to use the publicity to ′′ express dissatisfaction with America’s transgressions ′′.

Guo proceeded to state that he did not oppose the idea of democracy as a whole in Hong Kong. However, he was nonetheless critical of the methods used by protesters and stated it is “not desirable to fight for democracy by violence” and urged the movement in the city to be “peaceful” and “rational”.