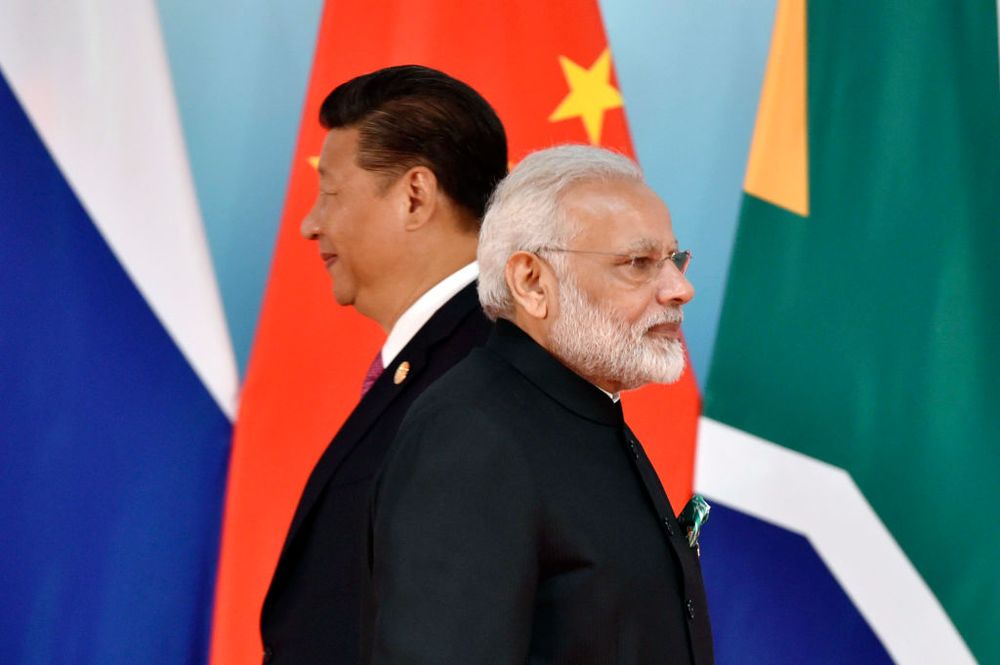 Much has been made of the recent Sino-Indian border skirmish in recent weeks. Although de-escalating now, the western media for the most part quickly took the side of New Delhi to depict China as not only the aggressor, but acting irrationally and assertively. The events generated a huge nationalist backlash in India which resulted in a campaign to boycott Chinese goods, a halt on some investments and a sweeping ban of Chinese online applications including the highly popular TikTok. In the minds of western commentators, this was only a sign of China’s apparent growing isolation and “assertiveness” clearly backfiring. There was at no point, in any attempt to reason with the potential cost-benefit calculations as to why they made such a move.

In international relations, it is important to understand this point. Whether you morally agree with the decisions of a state or not, doesn’t mean that they have always been made in poor judgement or that there has not been grounds of “national interest” behind such a move. When it comes to matters on China, the west have a pre-disposed bias which firstly, depicts every thing the country does as simply evil, and therefore motivated only by the immediate consider of power and conquest, and secondly assumes that because the concept of “political truth” lies with only one side, everything China does is doomed to eventually backfire or fail. Stemming from Cold War Liberal triumphalism, this strand of thought is endemic throughout all commentary, and most strongly manifest in the work of commentators such as Gordon Chang who argued the country was bound to eventually collapse.

Therefore, although the details are very vague, it was assumed that in pursuing a skirmish with India, China’s move “Backfired” by “losing India” and it only served to impose costs on itself. There was little to no discussion whatsoever of the strategic implications of such a move other than the cliche moralistic statement “China is being aggressive”. In doing so, western pundits ignored an extraordinary long  history of Chinese strategic thinking concerning its immediate periphery and why it often makes calculated decisions to pursue various kinetic courses of action (be it interfering in the Korean War, the Sino-Vietnamese war in 1979, the war against India itself in 1962 and so on).

Thus, rather than just being a “bully” (again a simplistic unhelpful narrative) decisions such as this from China are very well calculated strategic risks which seek to secure its own frontier against potential containment situations and rising hostile powers. Whilst China has suffered some retribution within India, it has came out of this scuffle with the strategic upper hand as empowerment and indirect encouragement from Beijing has led to the collapse of India-Nepali relations, who is now using the balance of power to wrestle itself out of hegemony from New Delhi by invoking a series of border and nationalist disputes, creating an unfortunate dilemma for Modi and bogging him down in his own neighbourhood.

As extensively detailed in Henry Kissinger’s famous book “On China”- Beijing constantly perceives the environment around it in terms of potential “encirclement”- that is the threat of an adversary seeking to build a coalition of hostile countries around its borders in order to place the country in a form of “strategic checkmate”. Understanding the game in this way, China has consistently orientated its immediate foreign policy priorities in preventing this from happening. If it deems it necessary, it has been prepared to go to war and use kinetic action to defend its interests. The most striking historical example of this was the Korean War in 1950. As Douglas MacArthur advanced UN led forces beyond the 38th parallel in the goal of uniting the Korean peninsula under Seoul, China perceived the immediate threat of a U.S aligned state, with a military presence, sitting on its borders. As a result, Beijing took the risk of intervening in the war and driving the U.S and its allies out of North Korea, preserving Pyongyang as a strategic buffer state against American military power.

The first conflict against India in 1962 was born out of the same logic, but it was not aimed at America’s presence, but this time the Soviet Union. In the 1960s China’s relationship with the USSR collapsed in what was known as the “Sino-Soviet Split” with Mao Zedong perceiving the anti-Stalinist Khruskev as an ideological and strategic threat. In the meanwhile, India, a non-aligned state under Jawaharlal Nehru, was tilting towards the USSR. This came at a time whereby Beijing was consolidating its rule in Tibet with New Delhi being sympathetic to the cause of the Dalai Lama. With the two countries also waging a border dispute owing to the ambiguous MacMahon line drawn by the British Empire in the early 20th century, China saw fit to pursue confrontation against India to secure its periphery against incursion, limit support for Tibet separatism and also knock out the influence of the USSR. This worked, even if it left a salty legacy.

Decades later, China’s relations with India are at a new crossroads. Narendra Modi has transformed the country into a Hindu Nationalist state which has sought to establish unity and stability by being more ambitious in the country’s place in the world and being more hardline on territorial disputes with neighbours. Simultaneously, starting in 2017, Modi set India on the path that there were benefits for the country’s economic and strategic development by tilting towards (although not aligning with) the United States against China. Believing that China’s dominance curbed India’s industrial development, as western economies have sought other options from Beijing, Modi saw opportunity in wooing western investors and businesses pointing towards India’s younger and cheaper Labour force.

He proceeded in turn to sign a number of military agreements with America, Australia and Japan. This came in tandem with hardline moves on unstable regions to the north of the country (nearby China), including on Kashmir, Assam and others. All of these factors combined began to raise alarm bells in Beijing that India was aligning itself with the west and forming a part of an anti-China coalition. Whilst this did not initially disrupt what was otherwise cordial disputes (despite the longstanding border dispute), the covid-19 proved to be a game changer in that it unleashed a tidal wave of anti-China sentiment throughout the western world (encouraged by the US) and subsequently led Modi to believe that Beijing was in a position of weakness, therefore now was the time to take a stand. Thus as India suffered significantly from the virus, Modi unleashed the “China blame game” and turned public sentiment hostile, whilst openly doubling down on bids to win manufacturing over from China.

This was the tipping point which started the conflict. Both sides were up for it. Modi seen opportunity in venting nationalist spleen against Beijing and thus consolidating his strategic position, whilst China sought again to make India think twice about aligning too close with the west and becoming a liability on its doorstep. Thus whatever happened, China had an equal interest in making the escalation and had pre-calculated that temporarily burning bridges with New Delhi on this issue was of a strategic necessity, even if there were short-term economic consequences to be felt. But the question is, what exactly were these benefits? And how would India be kept in check.

The answer lies with the one country sandwiched between these two powers: Nepal. The Himalayan nation has long been in India’s sphere of orbit, but has some extreme grievances with New Delhi and does not wish to be dominated. Herein is where Modi miscalculated. The political space created by the advance of Chinese military power on India created an opportunity for Nepal to push back and gain leverage over New Delhi, detaching its grip Right in the Middle of the dispute, Nepal’s parliament immediately rammed forwards new territorial disputes against India claiming Lipulekh, Kalapani and Limpiyadhura as its own. It didn’t end there, Nepal’s Prime Minister then moved to claim that the Hindu God Rama was not born in Indian territory, but Nepal. The mountainous country then proceeded to ban a number of Indian television channels, describing them as “propaganda”.

It is quite staggering to see that in the midst of China’s actions, India’s relationship with Nepal, which is obviously further aggravated by Modi nationalism, is in free-fall. This comes as Kathmandu has diversified its options by tilting closer to Beijing, with the first stage of a railway between the country and Tibet opening up in June (ending India’s total dominance over its trade and goods). This means that despite an angry Indian backlash against Beijing, China’s incursions have dealt a serious blow to India’s strategic periphery and weakened its influence. This also comes in Tandem with growing Chinese relationships with Pakistan, Sri Lanka, The Maldives and Iran, meaning that Beijing increasingly has the upper hand over the entire surrounding region, and is check-mating New Delhi as a potential rising power.

Given this, it is important to understand the underlying logic and strategic intent behind China’s moves. The idea that China is “acting more assertively” in an irrational and unrestrained manner, as presented by the mainstream media, is an ahistoric and simplified take which negates that Beijing has always acted firmly to secure its immediate periphery. Western commentators might be obsessed about the loss of the teenager video application TikTok, but the real gain and outcome here is that Beijing has severely undermined India’s hegemony over Nepal. As like in 1962, New Delhi has been swiftly outmaneuvered by China yet again.