Humanitarianism vs. Sanctions: The New Battlefield 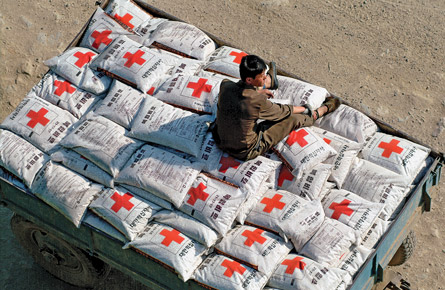 In 2017, United Nations sanctions against North Korea were tightened significantly owing to the fallout of the country’s repeated nuclear and missile tests. Such measures took broad aim at all of the DPRK’s major exports, access to the global financial system, overseas workers, shipping, joint ventures, as well as the import of petroleum, oil, vehicles, machinery and metals. The comprehensive scope of the sanctions have led some commentators to describe such as a “de-facto economic embargo” on the country, primarily because the measures block not only all feasible investment within the DPRK, but also block all of the means, whereby major business and transactions with Pyongyang can be made possible.

Because of these measures, despite UN resolutions pledging “humanitarian exemptions” to the DPRK, aid work in the country has suffered. Such resolutions force organisations to jump through bureaucratic hoops by demanding humanitarian exemptions be granted on a “case by case” basis. This has hurt charities accordingly, for example, Finnish NGO Fida international recently announced that it was ending its operations in the country after nearly 20 years of aid work. Why, because even though the UN resolutions themselves profess not to block aid, their scope creates unavoidable hurdles around how such aid can be delivered. For example, comprehensive banking sanctions against the DPRK now mean that financial institutions will on the matter of risk, distance themselves from anything to do with the country. This creates immediate problems, as Fida notes, “financial services related to North Korean projects afre impossible.”

In addition, other blanket sanctions indiscriminately block the import of necessary medical equipment into the DPRK. For example, the banning of things such as metals automatically mean items such as medical equipment suffer collateral damage, something which has been enforced strictly even by China. As Dr. Khee Park, an American Neurosurgeon famous for his humanitarian work in the DPRK told Radio Free Asia, even getting items through Chinese customs is notoriously difficult, this is not even accounting for formal importing. Even if you omit that aspect, then there is the problem of sanctions on shipping and other means of provision which all limit your accessibility in sending large scale humanitarian resources and other provisions to the DPRK. On this note, the damage has been extensive.

On that note, what do the supporters of the sanctions regime have to say about this scenario? And what do they propose? Not surprisingly, they blame the DPRK and place responsibility upon them. The text of the UN resolutions appear to do so as well. However, it is also becoming a key area of debate around North Korea watchers. In response to Dr. Khee Park’s concerns about sanctions and North Korea’s medical system, Lawyer Joshua Stanton (a strong advocate of pressure against Pyongyang) blames the regime for “squandering billions on a nuclear war machine“. For him, the scope of sanctions is an output of the DPRK’s own political choices and argues when such sanctions were not in place, the country simply did nothing. Therefore, such voices are likely to argue that pressure must be kept in place in the hope of forcing through a political change in North Korea, with accusations that making any concessions is a form of “appeasement”, or the given person is an “apologist” (a term utilized a lot by Stanton). 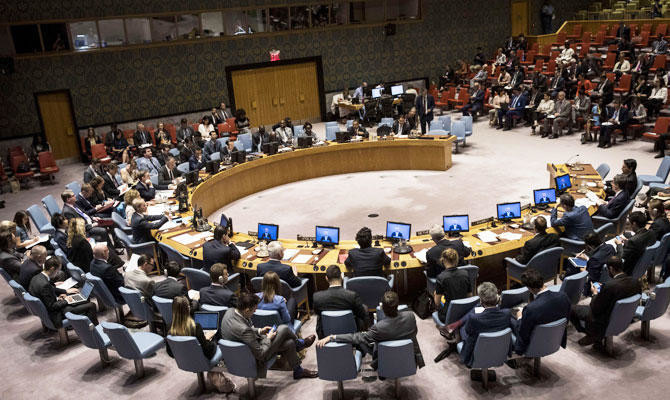 These counterarguments are strong, however, they lose their effectiveness when one observes that sanctions are only truly having an effect on one part of the country, the least fortunate. Whilst medical supplies and aid are being blocked from entering North Korea, evidence suggests that the elite way life in Pyongyang has not changed at all and that for these groups, state resources are being mobilized to evade such sanctions successfully. Cars continue to drive around Pyongyang as normal with fuel prices remaining stable, indicating petroleum sanctions did not succeed. Locals in Pyongyang continue to widely use smartphones and have access to all varieties of consumer goods in department stores such as the Kwangbok. Such stores also boast possession of luxury foreign brands too. Kim Jong un recently acquired a new Mercedes Benz, another provision supposedly blocked by sanctions, and so on.

The hardship of sanctions is clearly not an equal burden. Those who are suffering from UN measures are predominantly the ones the state were not prioritizing anyway, whilst the regime effectively survives as it is. Such a fact undermines the arguments of those who support the status quo sanctions regime by revealing that the pressure on those “who count” is seemingly minimal, diverting completely from the intended goal of forcing Pyongyang to end its nuclear program. Instead, a lopsided burden appears to exist which deprives needy people of aid and medical supplies but cannot deliver denuclearization or bring about the political change its supporters hope for. Therefore, this poses the question, what should be done to address this problem?

The obvious answer would be to scale back some of the sanctions with particular emphasis on removing the elements which block humanitarian projects, such as the importing of metals and associated equipment, as well as a faster channel of approval for “exemptions” and a “positive list” for NGOs. However, this is of course idealism for the fact that Washington holds all of the sanctions cards and has specifically reiterated that such relief should not be given until denuclearization is complete. This ultimately means whether one likes it or not, the sanctions vs. aid problem is unlikely to be solved discrete to broader trends in US-NK diplomacy, save that lobbying efforts are both extensive and successful.

Thus, those concerned are ultimately left waiting for a breakthrough. But regardless, it should be noted widely that there are growing indications suggesting that the sanctions regime imposed on North Korea is having unintended consequences, whilst failing in securing its paramount political objectives. In the midst of such, Kim Jong un’s negotiating hand is stronger than what it appears and the country’s unwillingness to consider “complete denuclearization” demands is also indicative. In this case, maintaining the status quo may not be as profitable or effective as to what its supporters assume. Policymakers should ultimately look at addressing this problem and not be bogged down by ad-hominem and ad-reductio calls of “appeasement”.