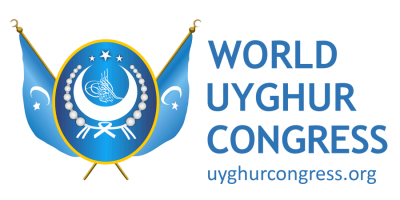 Bombing of Korean Air Flight 858 which led to the deaths of 115 people on board a South Korean airliner on November 29th in 1987 was a shocking event for South Korean people and for which it is alleged that it was done by North Korea according to statement by alleged North Korean agent Kim Hyon-hui that was captured by Bahraini authorities. According to Kim and South Korean government, she is from North Korea along being bomber with Kim Sung-il that successfully committed suicide in Bahrain while Kim Hyon-hui survided and was extradited to South Korea where she confessed under intense interrogation and sentenced to death penalty in 1990 and was pardoned 16 days later by the South Korean president.

Outside South Korea and especially in western countries it is believed that it was a terrorist attack conducted by North Korea while in South Korea there is suspicion and doubt over KAL-858 due to the country being ruled by a military dictatorship at the time it occured. Their suspicions and doubts were well founded after documents relating to case of KAL-858 were declassified by South Korean government after era of dictatorships. The South Korea government under the military dictatorship of Chun Doo-hwan used the tragedy of KAL-858 and alleged North Korean agent Kim Hyon-hui was used as pawn in the upcoming South Korean presidential elections in 1987. This is known as Operation Rainbow to sway South Korean voters towards Roh Tae-woo that 3 years later pardoned Kim Hyon-hui.

This is even more evident by declassified transcripts between Foreing Ministry and Blue House as documents clearly show that extradition of Kim Hyon-hui to South Korea was of much greater importance than search and rescue operations of any potential survivors of KAL-858 along investigation being just 10 days. Former employee at Ministry of Transport, Choi Hang-ok and a Catholic Priest, Shin Sung-guk were interviewed by Channel NewsAsia, Choi stated investigation was lead by notorious National Security Agency with Ministry of Transport only assisting in technical work and that was out of ordinary along investigation being too short to be conducted properly. Shin stated that declassified documents proved what was suspected for years, South Korean dictatorship used KAL-858 incidentñ to manipulate South Korean nation and that only 2 out of 5 pages from Operation Rainbow document were declassified by South Korean government.

Shin Sung-guk previously conducted over a dozen year long investigation on alleged North Korean agent Kim Hyon-hui and uncovered many inconsistencies about her identity by acquiring Japanese passport that Kim Hyon-hui has used. The passport is fake, but stamps on it are legitimate and Kim Hyon-hui claimed she was in Budapest on November 14th while her passport has departure stamp date from Tokyo’s Narita airport is on November 14th. Shin states that forged Japanese passport were not only used by spies as people outside realm of espionage had them too, he believes that she is North Korean, but that she left North Korea before age of 17 because Kim Hyon-hui did not provide her citizenship registration number nor she has proven that she was member of Workers Party of Korea that is ruling body of Democratic People’s Republic of Korea also known as North Korea.

Japanese journalist Noda Mineo investigated KAL-858 was interviewed by Singaporean Channel NewsAsia for a documentary, Noda stated that he took book about KAL-858 that was published by South Korean government which every South Korean embassy has. He analyzed it along testimony by Kim Hyon-hui along her biography. He noted many inconsistencies about the time and date of events along location and name of buildings  by Kim Hyon-hui. Such as stating in testimony that room number was 811 and name of hotel was Metropolitan Hotel while in comparison in her biography its different as contents of her it align with book on KAL-858 by South Korean government that was published before her biography, room number was 806 and name of hotel being Metropol in revised narrative. Also in the documentary inconsistency of claims made by South Korean National Intelligence Service were pointed out when NIS claimed Kim Hyon-hui being part of North Korean elite by using footage from North Korean documentary featuring Kim Il Sung as one of girls featured being her, yet analysis of facial features noted that shape of ear is different hence not the same person. Second time NIS relied on Kim Hyon-hui’s claim which was debunked by North Korea and for which NIS admitted that it wasn’t correct yet again claimed another girl in same image as Kim. South Korean government still insists that Korean Air Flight 858 was bombed by North Korea despite fact that investigation was done improperly and closed abruptly along inconsistencies of testimonies by a single individual that entire allegation against North relies upon on single person, Kim Hyon-hui.

Due to South Korean dictatorship using Korean Air Flight 858 as a political tool to sway voters in favor of Roh Tae-woo that was close with then dictator Chun Doo-hwan, along improper investigation of cause of crash be it actual bombing or something else, it lead to family members and victims under Civil Right Committee for Korean Air Flight 858 to designate their family members that perished as simply missing. South Koreans have many reasons to be suspicious of South Korean government and have doubts about credibility of testimonies given by alleged North Korean agent Kim Hyon-hui. Due to these circumstances, there will always be questions about Korean Air Flight 858 as long there is no proper investigation given by the South Korean government to uncover the truth that could shaken foundations of South Korean society at its core and possibly absolves North Korea from accusation of bombing civilian airliner that then South Korean military dictatorship alleged against them.

Korean Air Flight 858 and the truth about what really happened is one way or another made a political casualty by those on the right wing political spectrum in South Korea for their own political interests and ideological goals. Unwillingness by more liberal left wing government to conduct another investigation even after over 30 years is testament to complexity of the issue despite pleas by family members of passengers and crew that were in Korean Air Flight 858.