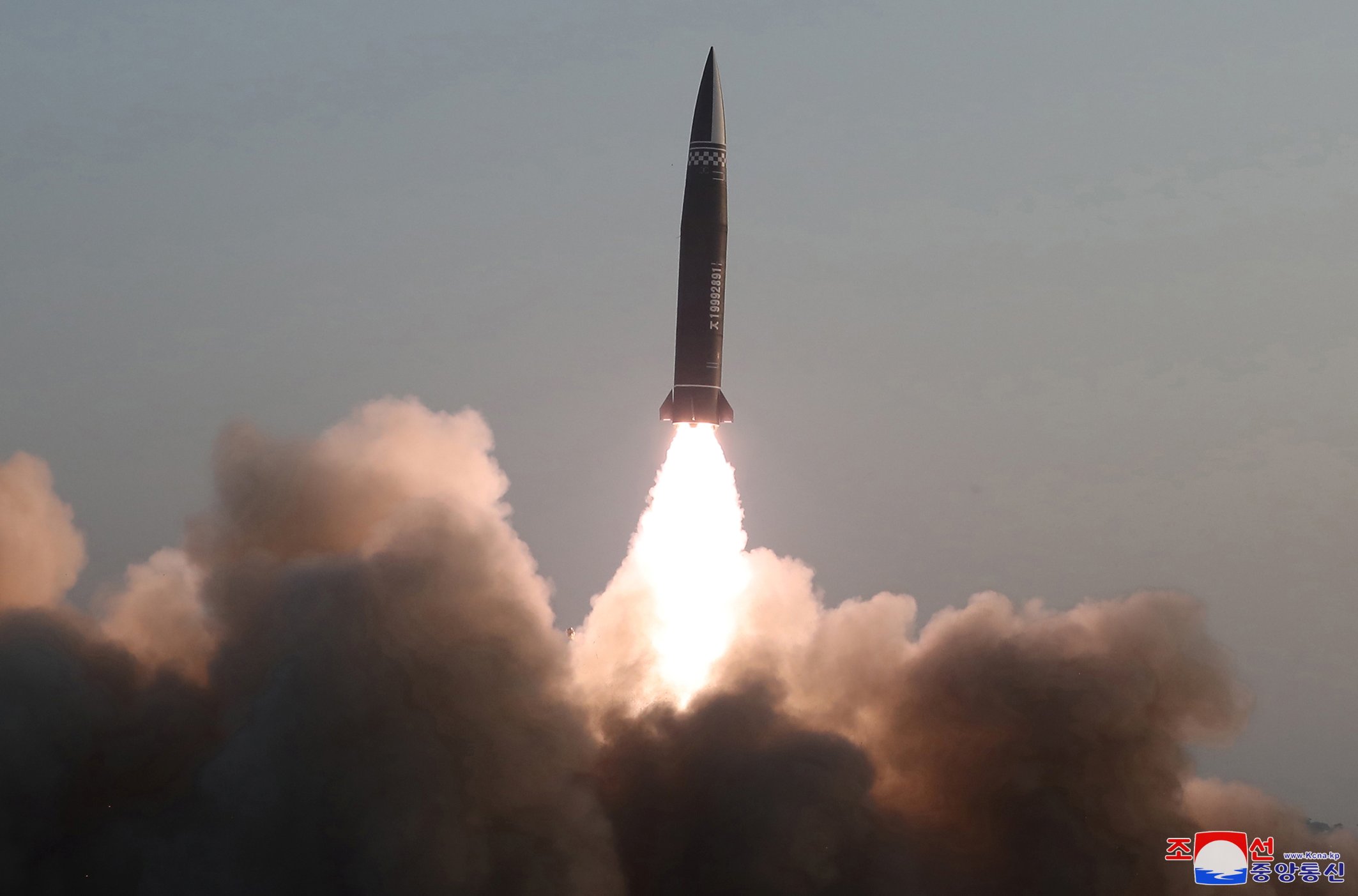 Recent launch of two short range ballistic missiles by North Korea on March 25 prompted reactions and commentary along news headlines about being the message that is meant for the United States of America as various news media make repeated assertions that North Korea is challenging recently elected U.S. president Joe Biden.

Such narrative that Pyongyang conducted these two new missiles as to gain leverage over Washington by show of force by western news outlets can only be described as a mixture of egoism and narcissism. Actual recipient of this show of force is Seoul due to its enacting plan named “Korea Massive Punishment and Retaliation” in 2016 with primary goal being precision decapitation strike capability against leadership in Pyongyang. For the KMPR plan South Korea started development of a new missile along upgrades of missiles in service such as Hyunmoo-2 receiving longer range C model. This new missile is Hyunmoo-4 with the capacity to deliver a 2000 kilogram warhead at a range of up to 800 kilometers.

The first test of Hyunmoo-4 was conducted in March of 2020 with two missiles launched with one being unsuccessful. North Korea in response to South Korean plans to decapitate its leadership under “Korea Massive Punishment and Retaliation” tested new missiles in order to counter such capabilities by developing their own equivalent precision strike capabilities.

One of those new missiles is known as KN-23 under U.S. designation as the official one by North Korea is unknown, first paraded in February of 2018 and first test was in May of 2019. Similar to South Korean Hyunmoo-2 and Russian 9K720 Iskander with the latter being capable of a quasi ballistic trajectory which KN-23 has demonstrated along 690 kilometer range, thus being comparable to 9K720 Iskander in terms of range and maneuverability.

Missiles that were tested on March 25 are derivatives of KN-23 and were paraded earlier this year in January, North Korea stated that the missile has a range of 600 kilometers which is 200 kilometers shorter range than South Korean Hyunmoo-4, but has 25% heavier warhead. This is part of an arms race between the two countries that continuously upgrade and increase capabilities of conventional forces along pursuit of nuclear powered submarines while also more accurate ballistic missiles with heavier deeper bunker busting warheads.

There are various commentaries on this latest launch of two missiles with narrative that can be described as hypocritical along application of double standards as is case with articles by Jumin Lee and Duyeon Kim that don’t acknowledge that the current arms race that involves ballistic missiles isn’t new as it was initiated by none other than South Korea in early 1970’s under the dictatorship of Park Chung-hee with creation of Agency of Defense Development in 1971 while concluding agreement with U.S. involving servicing of Hawk and Nike Hercules missiles with maintenance facility built along South Korean engineers trained by Raytheon and the U.S. military along machinery provided by Lockheed later on.

American missile technology was provided to South Korea which led to development of the first South Korean ballistic missile Nike Hercules Korea-1 from 1972 with the first successful test of NHK-1 ballistic missile being in 1978 and production until 1982. North Korea in 1979 or 1980 acquired examples of Soviet export models of SCUD-B from Egypt as a gift or payment for participation in the Yom Kippur War with missiles being reverse engineered and in 1985 initial production under designation Hwasong-5 started with full production occurring in 1986.

Some have expressed doubt about derivatives of KN-23 missiles such as Vann Van Diepen place doubts about legitimacy of missiles by either not being aware of differences between KN-23 and this derivative or simply ignoring the differences between them. Another is about range as South Korea stated that range was 450 kilometers and not 600 kilometers as stated by North Korea yet some South Korean experts suggest that South Korea and America may not have managed to track entire trajectory of the missiles and that assumed range is based on low altitude and distance as to when missiles were capable of being tracked by radars of South Korea and America hence when no longer able, from there they calculated range.

In the end it is clear that North Korea has made reply to the South Korean initiative of increasing accuracy of ballistic missiles along pushing warhead carrying capacity to the extremes yet various news media outlets along commentators, analysts and experts often portray the carrying capacity of 2500 kilograms involving North Korea as having nuclear aim rather than conventional goal like South Korea for which this latest test was response to.