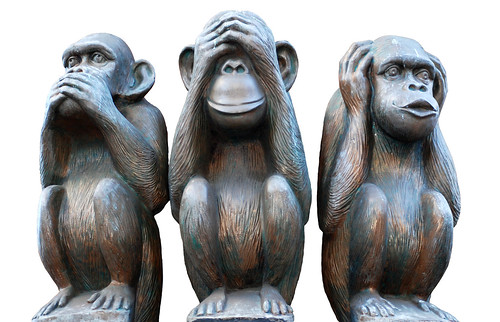 Author: Felix Abt is a Swiss Businessman and author who lived and conducted business in North Korea. His two books, “A Capitalist in North Korea” and a “A Land of Prison Camps, Starving Slaves
and Nuclear Bombs?” have sought to refute myths about the country and its people.

David Tizzard, a Seoul-based academic, published a hit piece against me on NKnews.org, “reviewing” my new North Korea book “A Land of Prison Camps, Starving Slaves and Nuclear Bombs?” . The following article seeks to respond to the criticism point by point using excerpts and replies:

● “Abt declares that conglomerates in North Korea are run by affable gentlemen, and that women hold various positions of power unlike in the more oppressive South Korea.”

No, I didn’t! I knew other North Korean conglomerates who were not necessarily run by affable gentlemen. And where did I talk about the “more oppressive South Korea”?

● “He describes himself as a ‘handsome Prince making everything right only to be stopped by the ‘evil witch of foreign-imposed sanctions. ”

No, I didn’t! It was about the “fairy tale” PyongSu, not about me. Tizzard intentionally “misunderstood” it.

● “Abt disparages serious academics and writers such as Dr. Remco Brueker, a man whose knowledge and understanding of Korea is surely not questioned among scholars.”

Tizzard omits the fact that Breuker (not Brueker) is better known as a public figure and a political activist than as an outstanding Korea scholar. He successfully led a campaign against North Korean “forced labor”, pushing Western and other countries to deny work permits to the estimated 100,000 North Koreans who had jobs abroad. Finally, the UN banned all North Koreans from working abroad. Breuker’s claim of “slave labor” was rejected by another scholar, Andrei Lankov, and I took issue with Breuker’s campaign too in my book (under “Small Businesses Opened by Returning North Korean Expats”). Even though Breuker’s campaign greatly hurt North Korean workers and their families (rather than the regime), I did not disparage him for that.

Prof. Breuker also teamed up with Jang Jin-sung, a defector who claimed that he was Kim Jong Il’s favorite poet, but when ordinary defectors were asked about him, they were not aware of that. Breuker invited Jang to his Leiden University, Holland, as a guest lecturer in 2015. He also translated Jang’s book “Dear Leader” into Dutch. At one high-profile event, organized by Breuker at his university in 2014, Jang made his case in a public lecture why the DPRK would collapse and Kim Jong Un would be out of power within 5, maximum 7 years. 8 years later he is still in power. Jang also pushed the claim that the Organisation and Guidance Department (OGD) is North Korea’s real power center and Kim Jong Un its “puppet”. Breuker embraced and promoted that claim too, even though other academics remained skeptical. His friend Jang fell into disgrace when the man who called himself “North Korea’s poet laureate” was accused of being a rapist by a North Korean defector and another woman in South Korea.

● “Abt also spends a great deal of time contradicting the claims of award-winning author Barbara Demick, particularly in reference to her 2010 book ‘Nothing to Envy’. These frequent and shallow attacks on respected writers on North Korea demonstrate the author’s interest in denigrating many of the field’s leading figures.”

Tizzard’s characterization of my book sounds like the perfect character assassination:  “misleading, unreliable, dishonest, frequent and shallow attack on respected writers, denigrating many of the field’s leading figures.” Of course, he didn’t produce any evidence that I have denigrated the “respected writers” Barbara Demick, Adam Johnson and others. As readers will see, I tried to be factual and civil when I analyzed their writings (and shortcomings) offering proof and certainly avoided the kind of ad hominem attacks that Tizzard launches against me.

Tizzard admits that Abt “had a number of positive and rewarding experiences” in North Korea but intentionally ignores all the bad ones I describe at length and illustrate in my book, caused by foreign imposed sanctions. Two examples: the destruction of the pharmaceutical industry and the impossibility to lift millions of poor North Koreans out of poverty in provinces far from Pyongyang as power supply was denied to them, something completely irrelevant to academic Tizzard.

Sanctions: a subject for debate among academics in their comfort zone

● “Academics debate the effectiveness of sanctions and their moral implications” explains Tizzard in his piece. And that’s all he had to say about the sanctions.

What is clear, Tizzard shows a lot of empathy and sympathy for academics and ”respected writers” regardless of what they write and do but absolutely zero empathy for North Korean miners, painters, fishermen, patients, textile workers and others that I have described, even though many of them have lost their livelihoods, or perhaps died in a mining accident or died perhaps because they were no more pharmaceuticals available to cure their infections, all as a consequence of indiscriminate, strangulating “sanctions”.

● “Does the author write with an agenda?” Tizzard asks rhetorically.

Yes, I confess I do. Namely talking about the things that he and many other Western academics and journalists don’t want to hear about. To his piece Tizzard added three photos: Two images showing North Korean soldiers and one showing seemingly depressed North Koreans at a bus stop, giving you the full picture of true North Korea according to Tizzard – in contrast to mine. He sharply concludes his review by telling “anyone who wants to learn about North Korea to look elsewhere”, just as he does. Of course!