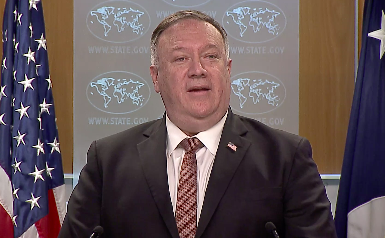 In his televised press conference on Wednesday, U.S Secretary of State Mike Pompeo urged China to “reconsider” their sanctions on the Arms Manufacturer Lockheed Martin. Beijing had yesterday blacklisted the company for engaging in Arms Sales to Taiwan, with tensions between the two countries having escalated at the behest of Washington over the past few months.

The arms firm is notorious for its core role in America’s Military-Industrial Complex, manufacturing weapons such as the F35 series fighter jet, and sponsors organizations which encourage and promote hostility towards China such as the Australian Strategic Policy Institute (ASPI).

The comments came in response to a question by Voice of America correspondent Nike Ching, whom raised the issue of the company. Whilst some experts have argued the sanctions are “symbolic” others have pointed out that whilst the firm does little direct business in China, it nevertheless relies heavily on rare earth exports from the country which constitute 80% of U.S supplies.

It remains to be seen how deep China will move to press the Lockheed Martin Supply Chain however in the pursuit of such measures.