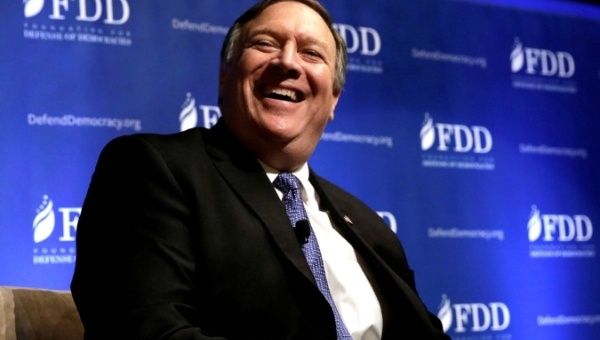 U.S Secretary of State Mike Pompeo tweeted on Thursday that “the United States has lead the global effort to combat COVID-19, allocating more than $10 billion to benefit the international response” and posting a graph which compared it to a “figure of $3 billion” donated by China.

Except, the figure stated by Pompeo appears to openly contradict what other U.S sources are saying, by a margin of up to ten times at that. The U.S agency for international development, known as (USaid) the primary arm of the U.S government to deliver humanitarian assistance to other countries, states on its main covid-19 page that the United States has only donated $1 billion.

Similarly, American embassies around the world have also directly cited the same figure on the same day as Pompeo having posted this. This includes the U.S embassy to Uganda. In this case, where has Pompeo’s figure came from? It appears that the Secretary of State has amassed the work of the private sector and independent organizations and attributed it to the entirety of the Amercian government, including charities and churches. As a previous analysis to the Chollima Report pointed out. In doing so, he deliberately does not use the same methodology in citing China’s numbers.

In this case, Pompeo is moving the goalposts and fabricating a figure entirely for his own political gain. There is not a single source, even in the U. S government itself which has attributed America’s commitment to the Covid-19 at $10 billion. Instead, the very bodies which Pompeo actually runs are contradicting him, openly.