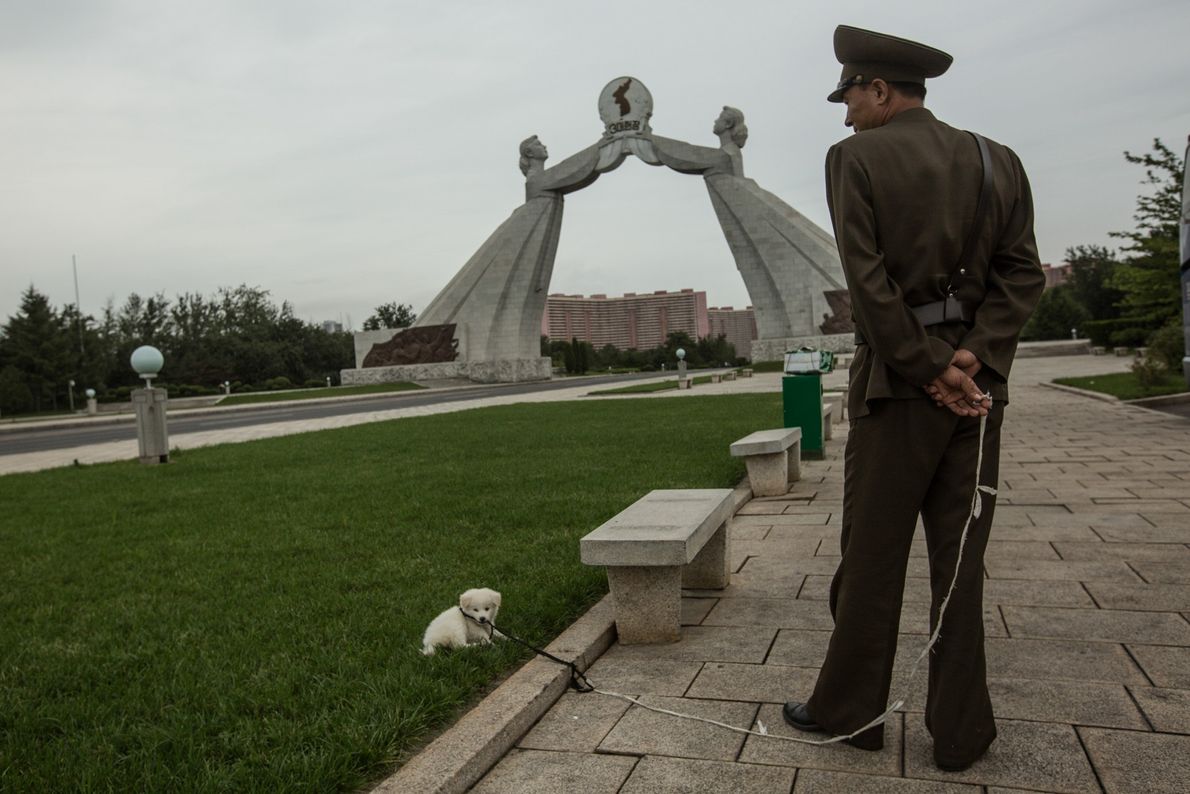 A story has emerged in South Korea’s notorious right wing newspaper The Choson Ilbo (Choson Daily) claiming that owing to food shortages in North Korea, Kim Jong un has demanded the people of the country submit their pet dogs to authorities for meat. The story, as per most of its reporting on DPRK issues (many times which have been proven wrong), does not offer any evidence behind the claim but despite, the report quickly surfaced and was reported across multiple western tabloids (including Britain’s The Daily Mail) as fact.

Only a few months ago, all of the same outlets vehemently told us Kim Jong un was dead. Despite this, western audiences continue to take their North Korea reporting as factual and uncritically. The cycle repeats yet again. Why is this? And why are so many absurd stories about the DPRK always so believable? These outlets, deriving from the likes of Choson, have not only predicted Kim Jong un’s demise incorrectly, but have also repeatedly stated people were executed (who later turned out to be alive), falsely claimed North Korea said it won the world cup in 2014, said Kim Jong un’s uncle was fed to wild dogs and so on.

The list of blatant fake and unverified stories about the DPRK continue on a perpetual basis. But why? The answer is because North Korea is low hanging fruit for easy, inconsequential and rampant orientalism which sells to readers by framing something as bizarre, strange and different and subsequently presenting it as factual. The caricature of North Korea as a mysterious, backwards, evil and weird place is a commodity and owing to the lack of need for factual verification owing to it having zero social presence in the western world, these journalists get away with peddling pure nonsesnse for profit.

First of all, what is orientalism? Coined by the late Edward Said in his famous book of the same, Orientalism is a phenomenon and in a mindset in the west which exaggerates and emphasizes difference in perceptions of a “non-west” creating an artificial divide between cultures. The west envisions itself to be normal and civilized, whilst framing the east as an “other” which is mysterious, different, abnormal and uncivilized. In perpetuating this mindset, the west believes that it has a monopoly on what constitutes “truth” and “knowledge” and that the eastern world does not. Therefore, the “east” differentiates from what the west sets as a “standard” of civilization and subsequently frames it in these discourses.

As a result of this phenomenon, western discourse subsequently produces and constructs “understandings” of eastern countries in caricaturist and inferior ways. North Korea of course, as an isolated state which has been in a mode of antagonism with the west owing to the circumstances of its creation, is a primary target of such. The country is not understood on its own terms or historical and social context, but presented as evil, bizarre, strange and comical way. Whilst this does not mean there are no criticisms to be had of its political system, it is presented in a way which is less than serious and tabloid discourse of the country focuses around crude and culturalist stereotypes.

The dog story is a shining example of such. It is such a bonanza to the British Press for one because it perpetuates classic orientalist and racial stereotypes of Asian people’s culinary habits, the idea that these people are “backwards” and “eat dogs”- something which to the western standard of civilization is considered inhumane and uncivilized. This further amplified by the rendering of North Korea’s context that is presented as so bizarre that “anything is believable” concerning it. As a result, the claim becomes a material commodity for news agencies that provoke surprise, disdain, disgust and shock amongst its readers.

On normal domestic topics, it is much more difficult to create this kind of journalism because ethics and reporting regulations actually matter and have consequences, and thus verified stories are subsequently harder to find and actually verify, as well as the fact one cannot stereotype “one’s own” population in such a similar. As a result, North Korea sadly becomes an extraordinarily easy and care free target. These nonsensical North Korea stories are constantly disproven, yet this does not stop these news outlets from continuing to report them and their readers continuing to take them seriously, because it is entrenched orientalism, so deep that not even the falsely confirmed death of Kim Jong un was enough to make people wake up.