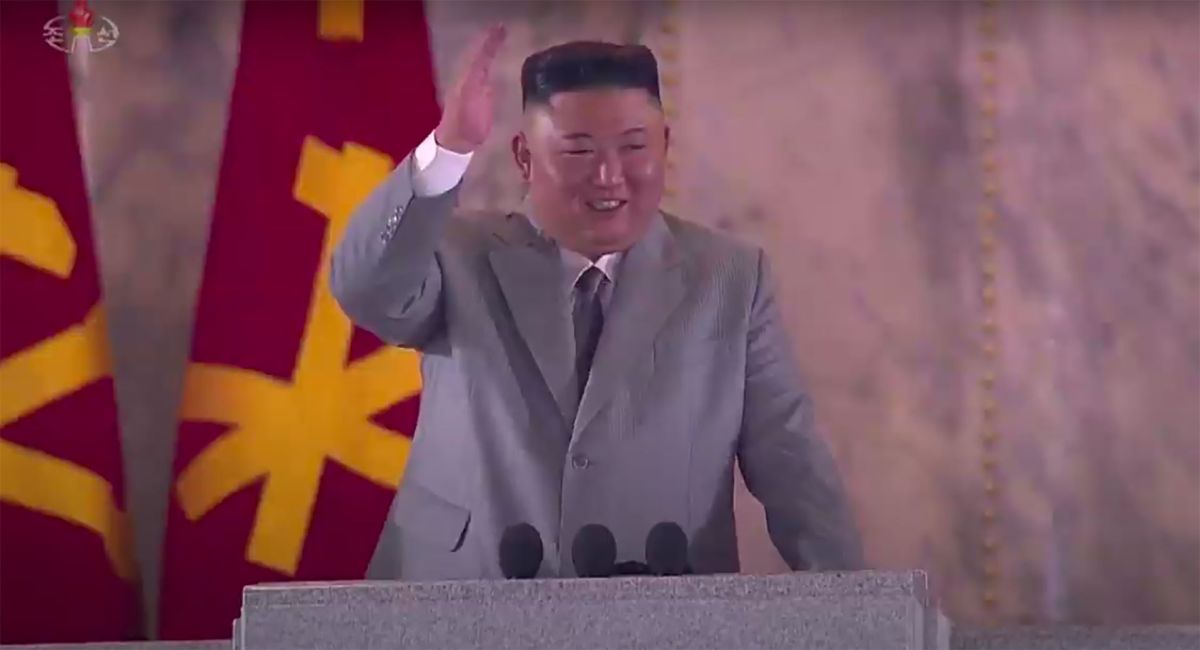 Wamika Kapur is an Indian PhD scholar of international relations at South Korea’s Yonsei University. The article reflects the author’s opinions and not necessarily the views of the Chollima Report

On 10th October, North Korea held its parade to mark the 75th anniversary of the ruling Workers’ Party. Parades are important for countries as they remind the world and their people of the military power they command. The parade signals a continuation of DPRKs dual strategy of making peaceful gestures while also showing its nuclear capabilities, speaking softly while carrying a big stick.

The DPRK has a tradition of marking every 5th or 10th anniversary with major events and the parade revealed a new strategic weapon previously announced in the New Year’s message. The Intercontinental Ballistic Missile (ICBM), mounted on a 22-wheel transporter erector launcher (TEL), is the biggest and the 5th ICBM design to be showcased. The Hwasong-14, tested twice in 2017 reached up to 10,000kms and the Hwasong-15 had a range of 13,000 km, on an 18-wheel TEL. The new ICBM is also a two-stage liquid-fueled missile but is greater in length and diameter than the Hwasong-15 and remains untested.

A major constraint on the ability to launch multiple warheads on a single missile can come in the form of launchers. Current estimates state that DPRK can launch 12 ICBMs and this parade showcased six heavily modified TELs. Further, an upgraded submarine-launched ballistic missile (SLBM) Pukguksong-4, three times bigger than the Pukguksong-1, was also showcased.

Kim Jong Un showed a clear departure from his usual macho politics by taking a uniquely soft approach in his speech focusing on ‘three hardships’ – international sanctions, Covid-19 and natural disasters. His speech was a spectre of emotionalism where he tearfully thanked the people of DPRK over twelve times for their support and apologized for the hardships. He reiterated that there have been no cases of Covid-19 in DPRK.

This signals two things firstly, that the DPRK has been suffering and Kim Jong Un is facing immense pressure and secondly, a major part of the parade was aimed domestically to show that he empathizes with the people, or more importantly there is a need to assimilate domestic support. The aim of the parade was also to show that despite hardships DPRK is capable of procuring components, manufacturing and showcasing technologically advanced delivery systems and conventional abilities.

Connecting to the previous argument it was essential for North Korea to control the narrative of the parade. While experts waited for hours for the parade to be streamed, it was later found that the parade had already been conducted by dawn showcasing their ability to control information flow. A prior announcement asked foreign officials in Pyongyang not to go near the venue. The prime concern was spread of Covid-19, but it also allowed DPRK to control the angle and shots taken of the weapons on display.

The parade incited many global responses, Washington stated it was a ‘disappointing’ development and that Trump was furious. US-DPRK negotiations have been in a stalemate and the parade underlines that the US-DPRK policy has been ineffective in achieving denuclearization. In my opinion, Washington must realize that negotiations in the future should aim at reducing trust deficit, meaningful concessions and arms control which will get more expensive as DPRK’s capabilities increase. “We’ve spent nothing” cannot be the policy of choice anymore.

In terms of political messaging, the parade has reiterated that the DPRK is a nuclear state and has no intention of changing that status. The new ICBM will ensure that DPRK will remain an agenda in the upcoming US elections and Presidential candidate Joe Biden has stated that he would be willing to meet Kim Jong Un if necessary, to denuclearize.

Kim Jong Un also showed a softening stance towards Inter-Korean relations which have been rife following North Korea blowing up the Kaesong liaison office. Relations seemed to have improved slightly after Kim Jong Un issued a rare apology for the recent death of ROK fisheries official shot by DPRK near the western maritime border, while ROK took steps to downplay the event in its media despite the evidence.

Kim Jong Un expressed hope for the day that the two Koreas will ‘join hands’ and restore relations after the Covid-19 crisis is over. He emphasized that Pyongyang’s military force is defensive, a ‘nuclear deterrent’, and they will not use it pre-emptively. The parade led to an emergency meeting in Seoul between the presidential office and the National Security Council. However, they seemed hopeful for future inter-Korean relations.

It is usual for North Korea to make a power move close to the American elections, however, this time there were no tests and it seems likely that DPRK will continue a low-intensity demonstration of force seeking sanctions relief and economic engagement with the South.

Chinese President Xi Jinping also sent a letter vowing efforts to “defend, consolidate and develop” relations with the DPRK and support their struggle to “advance along the path of socialism”. However, Japan has announced that it will continue to develop its missile deterrence capability in response to the threat of DPRK’s nuclear program.