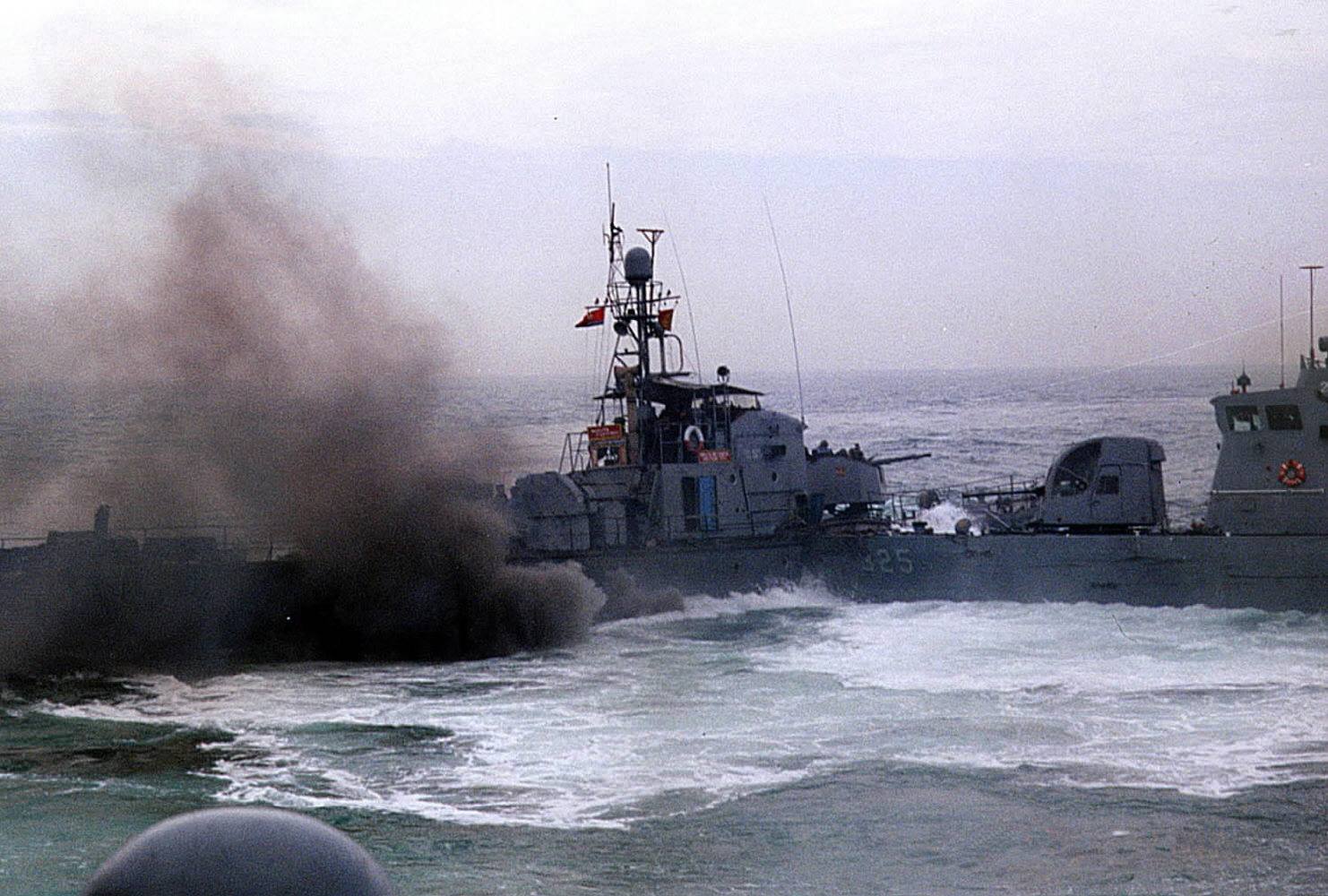 On July 27th of 1953, an armistice was signed between two warring sides of the Korean War that started on June 25th in 1950 and is not the official end of the war as it is still technically an ongoing conflict with sporadic flashpoints between Democratic People’s Republic of Korea, (North Korea) and Republic of Korea, also known as South Korea in the world.

One of such flashpoints was a series of border clashes and infiltration operations by saboteurs from both North and South which is known as Korean DMZ Conflict or Second Korean War that started in 1966 until high intensity provocations ended in 1969.

There is another such decarmation line at sea. To the west of the peninsula in the Yellow Sea,

This de-facto maritime boundary is named Northern Limit Line, its origins are disputed due to the original document that proves the claimed date of creation on August 30th in 1953 hasn’t been found. The DPRK subsequently rejects this boundary as illegitimate.

Pyongyang  states it wasn’t notified of the existence of NLL and evidence suggests it was not made aware even as late as 1973. A 2010 declassified statement by then Deputy Secretary of State Kenneth Rush, is used to support these claims.

From this, one can argue that the Northern Limit Lin isn’t part of the Korean Armistice Agreement and its legality under international law was questioned by American officials such as Henry Kissinger who was from 1969 to 1975 a National Security Advisor that stated it was unilaterally established. The Central Intelligence Agency in 1974 assessed that it had no basis in international law as is the issue of adhering to minimal provisions involving division of territorial waters and that they weren’t able to find a document that proves its existence before 1960.

Because of the South Korean enforcement of the Northern Limit Line, it prevents North Korea from accessing their territorial waters that it has the right to do so under the United Nations Convention on the Law of the Sea in revision adopted by the United Nations General Assembly in 1982. In order to establish their Exclusive Economic Zone, it again rejected the legitimacy of the Northern Limit Line as asserted by South Korea due to it violating KAA and UNCLOS.

The Republic of Korea has been portrayed as the victim in all scenarios relating to the DPRK, but is this always true? It is occupation of territorial waters that belong to Democratic People’s Republic of Korea as evident in international agreement and law under the protocols of the United Nations Convention on the Law of the Sea.

Both the Republic of Korea and Democratic People’s Republic of Korea are fully fledged members of the United Nations General Assembly, but equality in relations is hampered by the fact neither state officially recognizes the other’s existence as legitimate. The United States of America won’t support if ever such that would set such a bad precedent that it could have a domino effect in maritime disputes despite being very clear who is the thief and who is the actual victim.