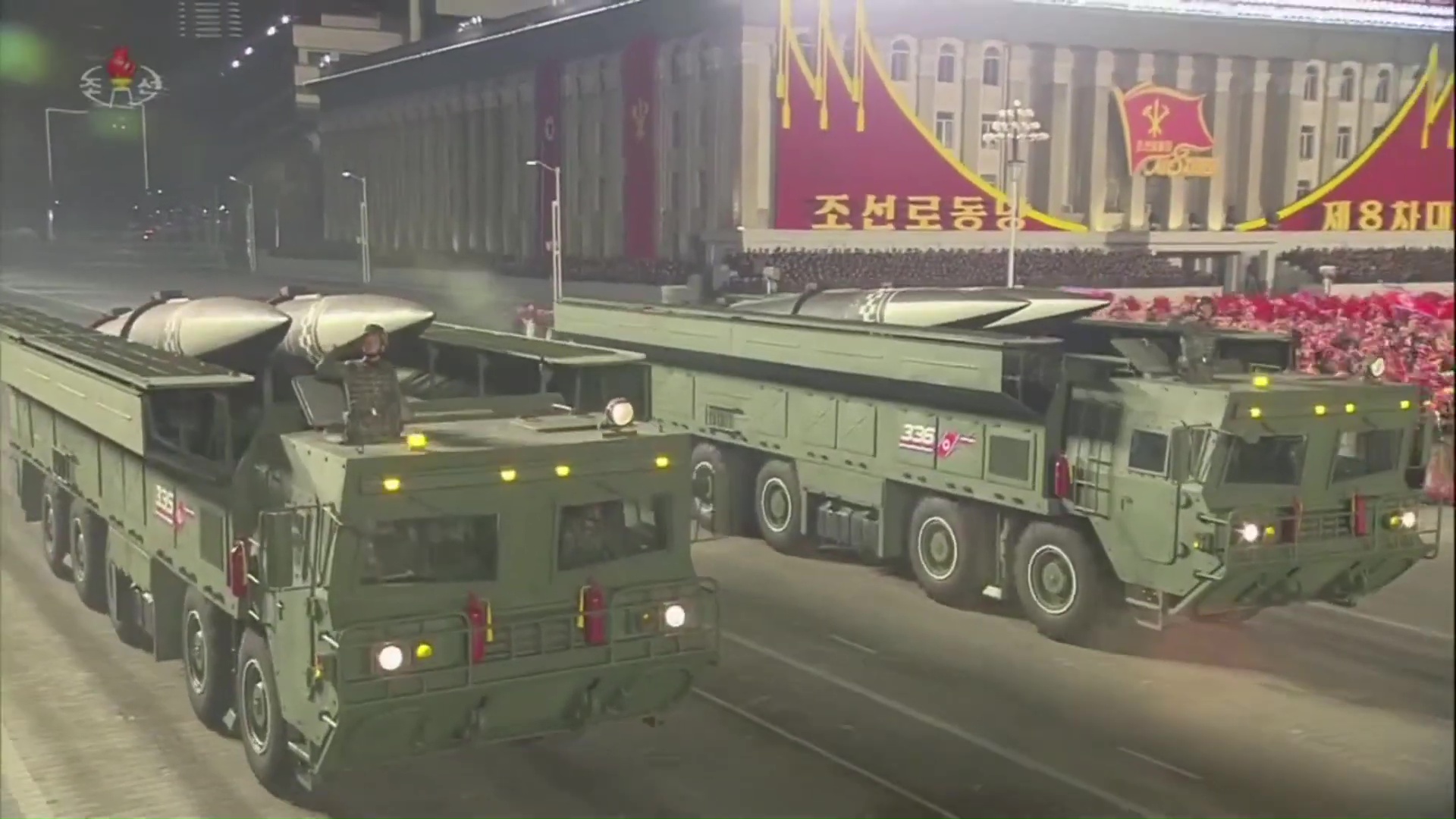 News media and North Korea watchers took notice of the Pukguksong-5 submarine launched ballistic missile that was the highlight of the military parade in Pyongyang that occurred on January 14th after the 8th Congress Party of Workers Party of Korea which lasted from January 6th to January 12th.

I have written both a summary and explanation of a statement by Kim Jong Un involving procurement of military assets for Korean People’s Army along analysis of the military parade involving what was present, omitted and first shown.

All spotlights from news media and North Korea watchers were on Pukguksong-5 with little light shed on other new ballistic missile that was paraded, some simply stated as being KN-23 with black coat of paint while others noticed difference in size compared to it, such as transporter erector launcher vehicle being longer than one used for standard model of KN-23 missile.

I stated in my analysis of the military parade that the missile in question is extended range KN-23 and that range of the missile is likely to be a medium range that would replace Hwasong-9 that is also popularly known as SCUD-ER.

KN-23 is North Korean equivalent to 9K720 Iskander-M that is Russian quasi ballistic missile that flies on a depressed trajectory and is capable of maneuvering in flight along conducting a pull up maneuver to extend range and or make more difficult for it being intercepted by various ballistic missile defense systems such as Terminal High Altitude Area Defense. KN-23 demonstrated during one of tests velocity of Mach 6.9 at altitude of 25 kilometers with a range of 220 kilometers and another maximum range demonstrated of 690 kilometers.

I have consulted with renowned geologist Norbert Brugge, who is a rocket analysis hobbyist and maintains a database on various rockets, space launch vehicles and ballistic missiles. We discussed about black KN-23 and argued that it is an extended model due to extended transporter erector launcher vehicles, he didn’t agree and stated that extension could be for missiles to have better position when stored. I replied by sending him several images from footage of the North Korean broadcast of the January 14th parade to compare KN-23 and the extended model of it by pointing out differences in placement of rings that hold it attached to a pillar along equal distance between these two rings.

He has analyzed the images and made a conclusion that it was indeed extended by 1.1 meter which meant that it had more solid fuel propellant than both the first and second stage of Pukguksong-1 combined.

This extension of the rocket motor by 1.1 meter is exactly 25% longer than original KN-23 will allow it to reach 1000 kilometers which means extended range KN-23 would be classified as a medium range ballistic missile hence a replacement for Hwasong-9 as already mentioned. North Korea could also modify it as a replacement for Hwasong-7 also known as Rodong if they were to remove movable tail fins and launch the missile at minimum energy trajectory. Though doing so would overlap with Pukguksong-2 which is arguably the replacement for Hwasong-7, yet transporter erector launcher of Pukguksong-2 only carries one missile while transporter erector launcher of extended range KN-23 carries two missiles, this can be used for saturation barrage ballistic missile defenses of far away targets.

Considering that extended range KN-23 could be used in place of Hwasong-7, I have to mention that Hwasong-7 was used as first stage of three stage Paektusan rocket that was first North Korean space launch vehicle and often referred to as Taepodong due to assertion of being a ballistic missile and again same happened with Unha being labeled Taepodong-2. It is possible for North Korea to use extended range KN-23 as being the first stage of a three stage solid fuel rocket for a first solid fuel space launch vehicle with first and second stage of Pukguksong-1 used as second and third stage respectively for the space launch vehicle.

I mentioned that possibility to Norbert Brugge, who replied that it is possible, but that he has doubts if the set up would have enough specific impulse to be viable for a space launch vehicle compared to Paektusan. I agreed that it may be the case as solid fuel rockets have greater deadweight than liquid fuel rockets, at least from my understanding as a layman. Should North Korea attempt to make a solid fuel space launch vehicle in the near future, based on history the extended range KN-23 is an ideal candidate as Hwasong-7 was over 30 years ago and if successful then we may see its use during a time of crisis.  Such as when South Korea and the United States of America conduct joint wargame drills that include amphibious landings, in response North Korea could resort to launching several reconnaissance microsatellites for imagery intelligence gathering to observe the wargames and asses potential of being maskirovka hence preparation for invasion of North Korea.

Not the first time North Korea did imagery intelligence as when Kwangmyongsong-4 was launched in 2016 and released imagery of THAAD site that is in South Korea since 2017. There is no evidence that North Korea has any plans for a solid fueled space launch vehicle, but it would be hard to argue that they would not see potential at very least as prestige and achievement if they were to successfully launch a satellite on a solid fuel rocket along practicality of far less preparations needed once decision was made to launch a satellite.

One question has to be answered first…

When is North Korea going to test extended range KN-23?