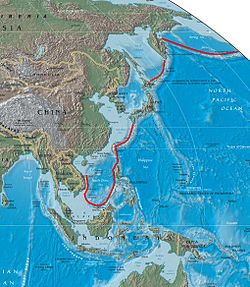 With the resignation of U.S Deputy National Security Advisor Matthew Pottinger and the demise of the Trump administration pending, a number of top secret documents setting out the “U.S Indo-Pacific Strategy” against China have subsequently been declassified. The papers reveal America’s entire strategy for the region, both diplomatically and in the event of conflict, which are primarily focused on Beijing albeit with North Korea in the background.

Not surprisingly, America’s goal in the “Indo-Pacific” is to sustain its hegemony over the region. As noted above, this includes upholding U.S military, diplomatic and economic prominence (although quite clearly this isn’t going to plan) and have been criticized by analysts.

The administration also sought to create a counterweight to the Belt and Road initiative, “reduce the region’s economic reliance on China” and accelerate regional integration. Needless to say, Trump has failed on every single count on the above, with the United States excluded from all of the region’s major trading blocs including most recently the Regional Comprehensive Economic Partnership (RCEP) which China joined. Countries have continued to formulate economic ties with Beijing, with the U.S failing to understand that it cannot push back nor overcome the simple geography of the region.

But what about in terms of a conflict? What the documents reveal is that the most strategically significant area for them is what is known as “The First Island” chain. This area stretches down from Japan, the East China Sea, Taiwan, the Philippines and of course the contentious South China Sea as well. Here the declassified papers reveal that the United States sees containing China within this region as essential to its own victory in the outbreak of contingency.

In a war scenario, the above reveals that the United States would try to prevent China from dominating this region, would aim to defend the parties within it (I.e Taiwan) and also maintaining the upper hand outside of this sphere. The noted distinction here between inside and outside the island chains has been observed by military analyst Ankit Panda, suggesting that the White House are less confident about what they can realistically achieve inside this area, with China growing in terms of capabilities. As of present, China can hold its own against America in the first island chain, but not the second.

From this, we can improvise that the United States would seek to pursue a naval blockade against China in the pacific and cut off key routes of commerce. This is part of the reason why the Belt and Road initiative has focused on creating land based infrastructure and energy supply routes for China, with areas such as the Strait of Malacca long being vulnerable “choke points” which the United States navy could cut off in a war to prevent the import of oil. The China-Pakistan economic corridor is designed to counter this by allowing China to get supplies straight from the West Indian Ocean, with its own military and naval presence in Djibouti offering protection from that.

Overall, these documents are not that impressive on behalf of the outgoing administration. They reveal a strategy which is in fact lacking in detail, understanding of the region and simply failing above all else. Trump’s presidency has been riddled with so many contradictions, such as protectionism and America first, that the aspired economic containment of China and regional cooperation they envisioned simply never happened. Also and most crucially, it also reveals an increasing lack of confidence in what the U.S can achieve in a conflict scenario. In the first island chain, they implicitly admit Beijing is reaching parity…