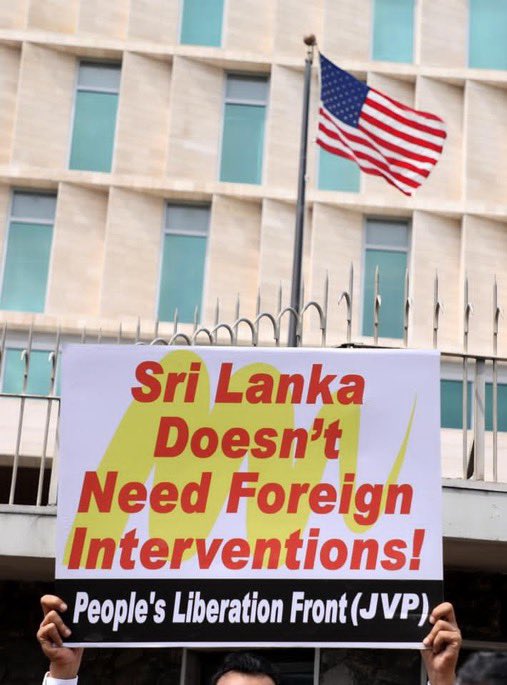 Pompeo’s pending visit to Sri Lanka has been met with protests outside of the United States embassy, denouncing what they see as “interference” in the country’s affairs and violation of the island’s national sovereignty on behalf of Washington. On Tuesday, crowds from the “People’s Liberation Front”- a left wing political party in Sri Lanka, gathered and denounced the visit holding banners stating: “Sri Lanka doesn’t need foreign interventions!”

Pompeo’s visit to Columbo is widely seen as an attempt to force his anti-China agenda on the island, which has enjoyed warm ties with Beijing and has been a key participant in the Belt and Road initiative, as well as voting in support of China at the United Nations. American commentators and politicians, as well as India, have tried to persistently smear China’s investments in the country as a so-called “debt trap” and largely ignored the island’s own preferences. The Secretary of State is not expected to achieve results on the visit, nonetheless.