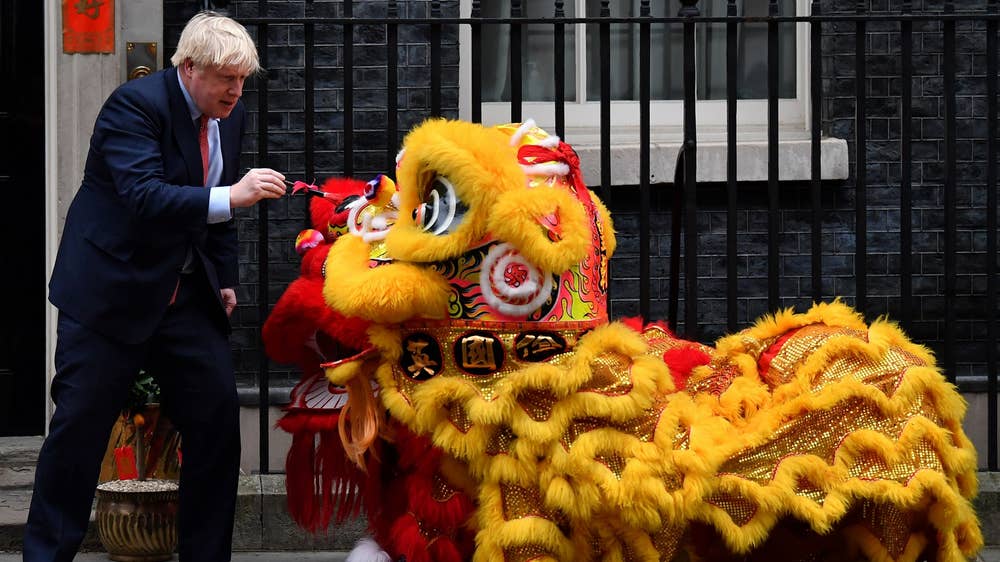 On February 18th as the covid-19 was striking China, Prime Minister Boris Johnson tweeted that he had engaged in a phone call with Xi Jinping and wished the country well. Whilst the message might otherwise be interpreted as a measure of diplomatic courtesy, what was notable is that he specified that he wished to “strengthen economic ties” with China. The move was hardly a surprise, but in line with his wider trade agenda. Only a month previously his government had rebuffed tremendous pressure from the United States to permit Huawei’s participation in the UK’s 5G internet network, and even touted at hosting negotiations with China railway corporation over the building of Britain’s “High Speed 2” Rail network from Birmingham to London.

Yet these China friendly moves have not aged well, and now seem a distant memory. On Friday 22nd May government officials announced that Boris Johnson was now seeking to in fact remove Huawei from Britain’s networks by 2023, reduce supply chain dependency on China in the areas of critical medical goods and to top it off, hold a direct meeting with Donald Trump in the coming weeks during a time he is pursuing a relentless anti-China push. The transformation has been sudden and drastic. It is true to say that in many aspects, we do not live in the world as we did a few months ago. Boris’ pivot to China is dead.

Of course it does not take much to recognize that it is the political shockwaves of the covid-19 which has forced the abrupt change in course. Whilst Boris Johnson is not particularly antagonistic to China given this history, the reality is that the political environment around him has made it completely untenable to pursue such a path. This decision should not be understood in the light of Washington D.C, but the opportunity which the pandemic has created in allowing the right wing of the Conservative party to push an agenda they always had in the wings, armed with several toxic newspapers, and effectively undermine the government’s position, just like they did with Brexit.

Even before the virus was taking root in Britain, anti-China sentiment had began to emerge amongst a certain group within the Conservative Party who took issue with the government’s positions. These MPs opposed the Huawei approval and sought to rebel against it, albeit unsuccessfully. Led by former Pensions Secretary and Party leader Iain Duncan Smith (an arch eurosceptic), the group were otherwise marginal until the pandemic occurred and they were able to force their narratives into the mainstream, supported by right wing newspapers including The Sun, The Daily Mail, amongst others. They waged a highly aggressive China blame game and capitalized upon public anger over the pandemic, it worked, and public opinion of the country in the United Kingdom subsequently toxified.

The new atmosphere and political shift subsequently became obvious as the UK started to suffer from the virus in April and the government made numerous mistakes in handling it, which have attracted growing public scrutiny and started to eat away at approval of Boris Johnson. The turning point was a scathing editorial in the Mail on Sunday entitled “No. 10 FURY AT CHINA’S LIES!” which demanded a “reckoning”, citing a column by Duncan Smith. Then a week later, Foreign Secretary Dominic Rabb told a press conference that “we can’t go back to business as usual” with China. Thus what was once an effort by Boris Johnson to pursue greater engagement with Beijing was now brought to an abrupt end.

The Guardian stated that the Huawei decision ultimately emerged from the fact there was now no longer enough support within the Conservative Party to make it tenable. The rebels had won, and Boris ultimately seen more political gain in conceding to anti-China demands than to entangle himself in a situation which would have drew relentless public criticism.  Like they have done with Brexit, the Murdoch press and the Conservative Right have won again. Their power in being able to undermine a moderate political agenda in the government, sway public opinion by venting anger on specific targets, and thus burn Britain’s bridges should not be underestimated. They forced a liberal leaning David Cameron government to become a Eurosceptic, binned Theresa May’s more moderate Brexit agreement and will now seek to force Boris Johnson as much as possible to make distance from Beijing, blowing a hole in the Brexit strategy they ironically created.

UK-China relations from hereon are likely to get worse. The Hong Kong issue is going to become a point of tension, and China are likely to react sourly to the Huawei development. This will of course dance to the tune of those who are pushing this agenda. Quite plainly, what George Osbourne proclaimed as the “Golden Age” of UK-China relations is now over. Beijing will see Britain as picking a side in the new Trumpian cold war. It’s going to be a difficult pit to get out of.