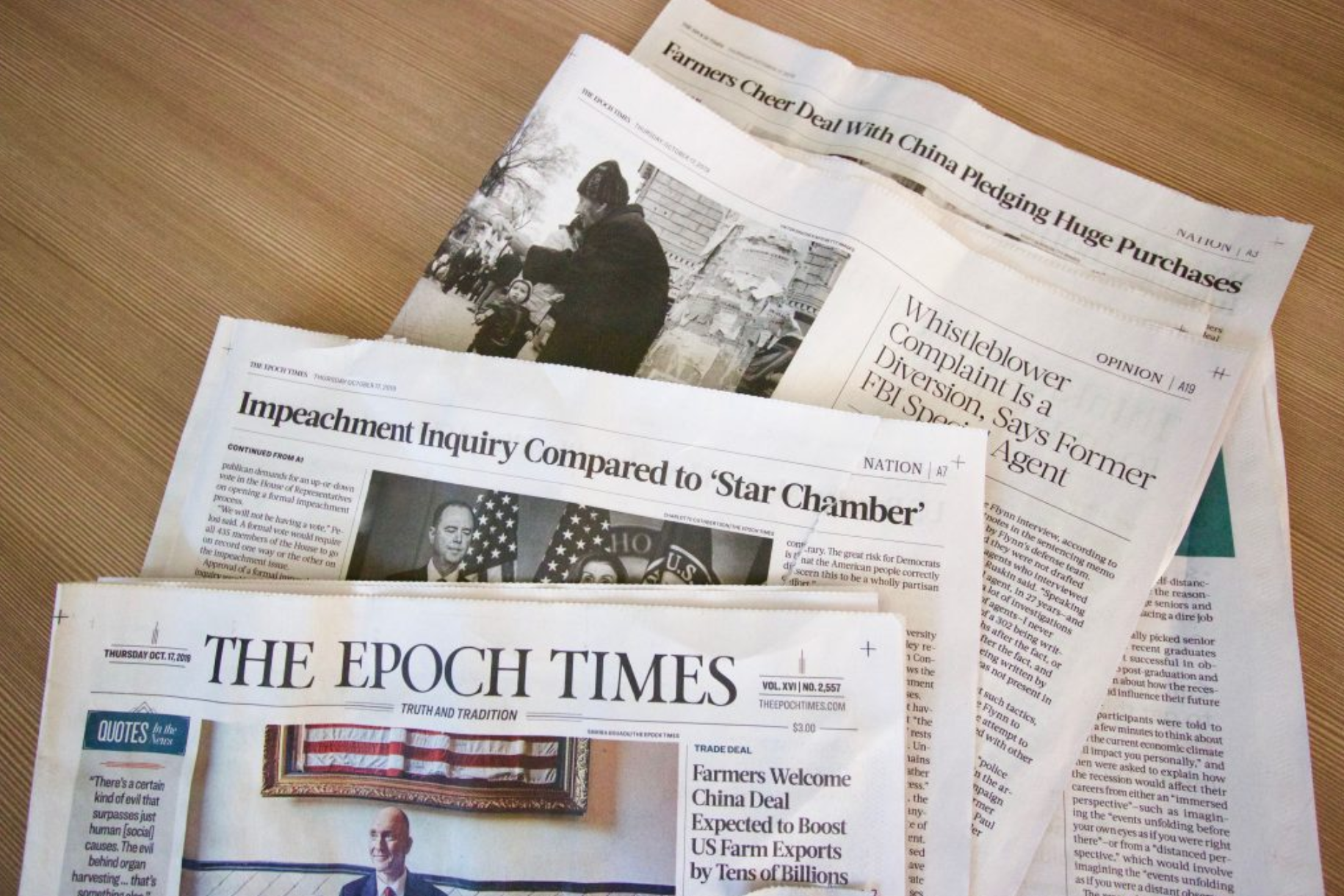 A recent news report by the BBC covering the death of Chinese Doctor “Dr Hu Weifeng” has provoked outrage after citing the far-right newspaper the Epoch Times as a reliable source on China related matters. The article, covering discontent on Weibo over his passing, something that has proved controversial to Chinese netizens as was the death of Li Wenliang, quotes the Falun Gong associated outlet claiming that “severely suppressed the early warnings [of Covid-19] to medical staff, and forced them to be exposed to huge cases of the virus without protection” passing it off as an “anti-establishment newspaper”.

However, the description of the Epoch Times as an “anti-establishment” source gives it a credibility it doesn’t merit, with the outlet being notorious for its fanatical support of the Donald Trump administration, an extreme social Conservative agenda, and its repeated use of conspiracy theories, even going to extreme lengths. The paper has donated a reported $11 million to the President’s re-election campaign, whilst a number of studies and reports have found that Epoch has sponsored a complex web of troll farms and bot accounts in order to push platform manipulation on mainstream social media, with facebook having removed hundreds of such accounts a year ago. The paper has in turn aggressively exploited the covid-19 in order to push an anti-China agenda.

The Chollima Report’s editoral line describes the BBC’s utilization of Epoch as a reliable source as an “astronomical hit to its credibility on China related reporting“, attempting to make contact with the author, efforts at pointing out these problems with the newspaper were ignored.