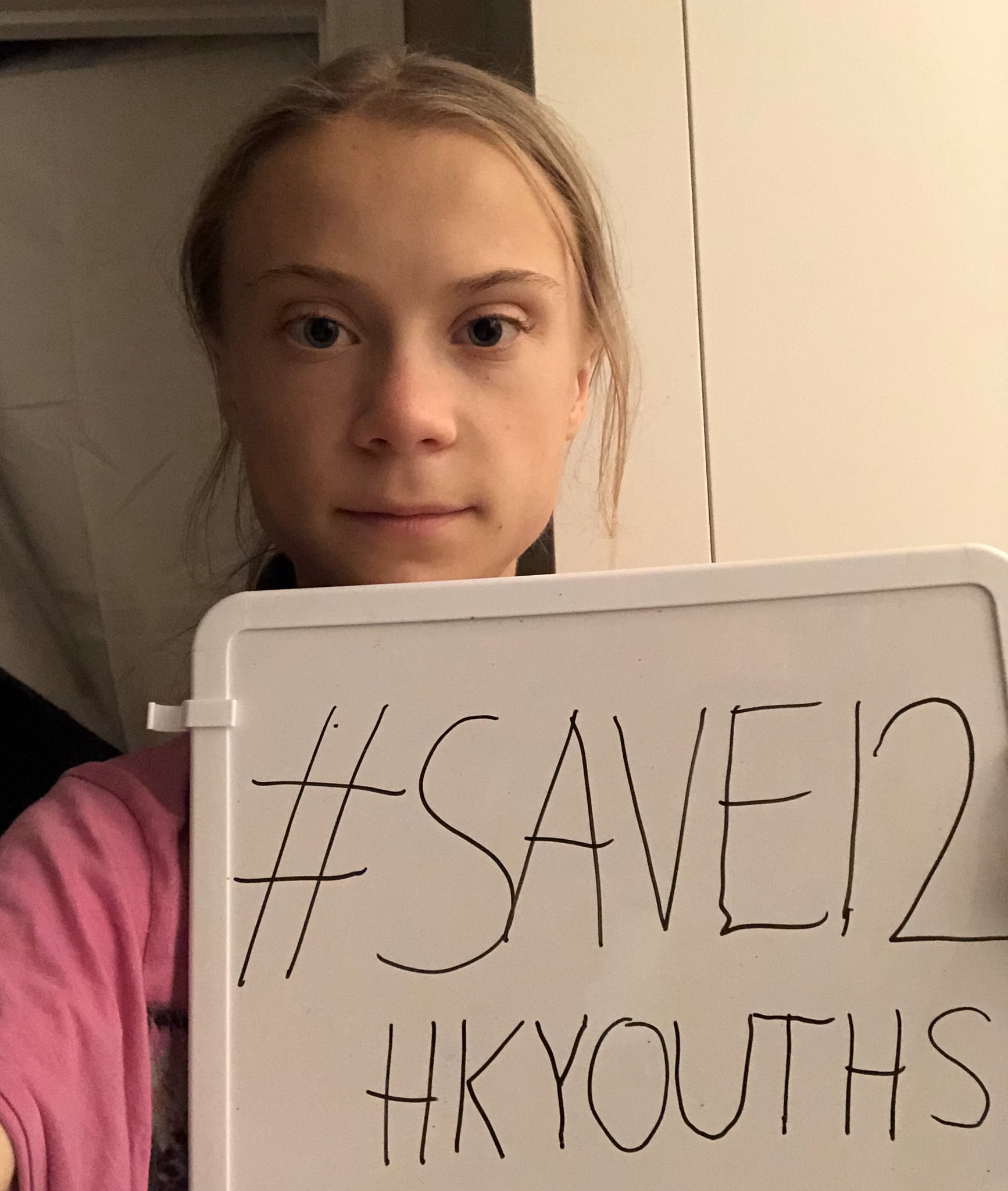 A campaign has been circulating on social media over the past few days titled “SAVE12HKYOUTHS”, referring to 12 Hong Kongers who were caught in Mainland Chinese territorial waters attempting to flee by boat to Taiwan and are now in custody. The hashtag, pushed by prominent Hong Kong activists and shared even by environmental activist Greta Thunberg, portrays these individuals as refugees and innocent victims of Chinese oppression.

But that isn’t the full story, and the mainstream media haven’t been quick to cover the context either. Behind the hashtag, it has been widely reported that a number of those involved on the boat trip were wanted members of a violent radical group known as “The Dragonslayers“- who’s activities would be objectively defined as terrorism in any other context. This would make them arguably fugitives, than refugees.

The Dragonslayers have been described by the Times of London as Hong Kong’s “most radical” and “hardcore” group of protesters and have subsequently been involved in making home-made bombs and acquiring semi-automatic pistols. The group has been involved in throwing petrol bombs inside of police stations and subsequently planted a bomb inside of Wah Yan College in Wan Chai.

As reported by the Standard Hong Kong, the group paid for human smuggling operations in order to leave the city and escape prosecution, which allegedly cost from $100,000-$1 million HKD per person. Given the expensive cost involved, one of the attempted escapees was also wanted on charges of Money Laundering.

Perhaps Greta should be more careful before jumping on the Hong Kong bandwagon? Who knew home made bombs and Molotov cocktails were good for the environment?