What is Chollima? Understanding the Story of the Mythical Horse 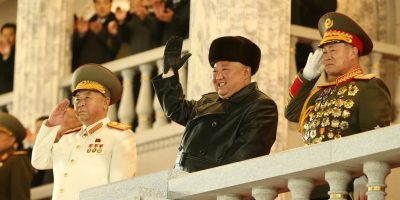 What is Chollima? And why does it matter? For those who are vaguely aware, most are likely to association the icon of the winged flying horse with North Korea. Whilst its usage has been popularized here, it isn’t quite all about that. It is not so much a symbol of DPRK politics as it is a feature of East Asian mythology, one which in fact originated in the Chinese classics in the third century BC.

Named 千里馬 or 천리마, the name “Chollima” or “Qianlima” translates to “thousand mile horse”, a steed so fast that is said to be able to travel over 1000 miles a single day and cannot be mounted by a normal person. Nevertheless, how did it become so dominantly associated with North Korea? And why? Here we reveal the lasting significance of Chollima to the country’s ideology and history.

The iconography of “Chollima” in the DPRK first emerged in the 1950s, its purpose is to draw upon local mythology for political mobilization, a common theme in the country what has also sought to draw upon the mythology of the legendary Mt. Paektu and associate it with its leadership. In this case, the sentiment of a winged horse that was incredibly fast reflected superhuman qualities in that no mortal man could ride it, thus emphasizing that those who could were of a higher belonging and of superhuman achievement.

This interpretation reflects the political sentiment of North Korea itself, with the Juche ideology placing emphasis on the role of human willpower and struggle in the pursuit of one’s destiny. It is a country which prides itself on virtue, purity and moral excellence in comparison to the rest of the world, thus the people of the DPRK, who are expected to pursue a “superhuman effort” in pursuit of the Korean nation and its leadership, are worthy to be its riders and ought to be inspired by the idea.

This built into what Kim Il Sung eventually declared as the “Chollima Movement“, an ideological campaign dedicated to pursuing the country’s economic development. In a similar fashion to Mao’s Great Leap Forward, the Chollima Movement argued that rapid economic advancement could be attained by the sheer force of human will. If the economy was to get better and production was to be improved, people simply had to work harder, as the slogan was put: “‘Let us dash forward in the spirit of Chollima”

Thus in the Chollima movement, the people of the DPRK were to be like the worthy riders of the winged horse which could travel up to 1000 miles a day, achieving incredible feats through virtuous political obligation to the collective goals of the state. Remarkably, in the short term this was a success: North Korea’s economy grew rapidly throughout the 1950s and the 1960s and was at this point in history even more prosperous than South Korea.

However, as the Chollima movement was not a serious economic or long term sustainable economic model, its impact would not last. Eventually the country’s growth began to slow down. Regardless, the political legacy of Chollima in contemporary DPRK culture continued to live on. In 1961, the famous Chollima Statue mentioned at the beginning of this article was constructed.

As a whole, Chollima serves as an interesting case study as to how East Asian mythology has been integrated into the political agenda of a socialist state. As the article shows, by exploring the symbolism embedded with Chollima, we can obtain insights into how traditions and values form broader representations of how the DPRK perceives itself. The winged horse is not just a fancy icon, but a broader depiction of the type of people North Koreans “ought” to be officially in stark contrast to the rest of the world.