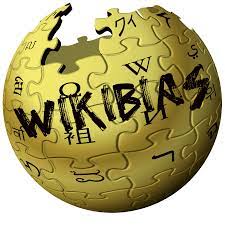 Wikipedia is known as “the encyclopedia anyone can edit”. On first glance, it is an idea that is genius, a collaborative encyclopedia project which can be rapidly updated, improved and now has over 6.5 million articles. Its prominence has made it one of the first resources of reference on the internet, a quick look up for any topic, person or individual.

But not everything is as good as it seems. Such an open project inevitably leaves it open to abuse, agenda pushing and manipulation, especially amongst those who have the time to do so. Those who are familiar with more than merely reading Wikipedia will be aware that beneath the surface it is a constant battleground and that articles on controversial or disputed topics are prone to bias on behalf of anyone who can establish power over them. It is not as open game to change or edit as one might assume, with certain “dedicated editors” being willing to use the rules of Wikipedia in order to unleash a bureaucratic war in order to consolidate their agenda.

This is very much the case on China related articles. Where, over the past year, a certain group of users have established dominance over them and pushed their content almost exclusively to the negative. Here on the Chollima Report, we are going to explore one of the users most notorious for doing this, an editor which is running rampant manipulating articles and crushing dissenting views through using his knowledge of the bureaucracy of the encyclopedia to his advantage. We bring to you “Amigao”.

Who is Amigao? And what does he do? Created in 2009, the Amigao account has edited Wikipedia 17,153 times, but more than half of these edits, 9648 have come in the past 365 days alone. That comes at an average pace of roughly over 26 edits per day. How does anyone find the time for that? In editing, Amigao does a number of things to manipulate China related content, we spell them out here:

But we haven’t answered the question, who is he? Going deep into his early Wikipedia history before this China spree began, that he may be a Washington D.C or Republican linked individual. His first edits focus on obscure figures related to US politics or foreign policy including a think tank consultant known as Peter Schechter, a New York Republican known as George Demos and a Washington public relations firm known as Qorvis.

It might be noted that in these early edits, Amigao shows not only a competence in Wikipedia’s style but again focuses on adding in negative orientated information, including the accusation such a think-tank received Saudi government funding. The next page of his edits seems to reveal a consistent focus on Republican related articles before he proceeds to disappear for seven years and re-emerge as a comprehensive anti-China editor.

Unfortunately, other information on who Amigao is happens to be scant due to the easy anonymity of which people can hide behind on Wikipedia, yet from his editing alone one can decipher he has a very clear agenda and is pushing it aggressively, with a competent enough knowledge of the encyclopedia’s rules in order to avoid being held to account for it. Public awareness of course is the first step, and people should know this editor has been a ring leader in poisoning China related content in a subtle yet aggressive way.