Why China is Not Truly A Threat to the West 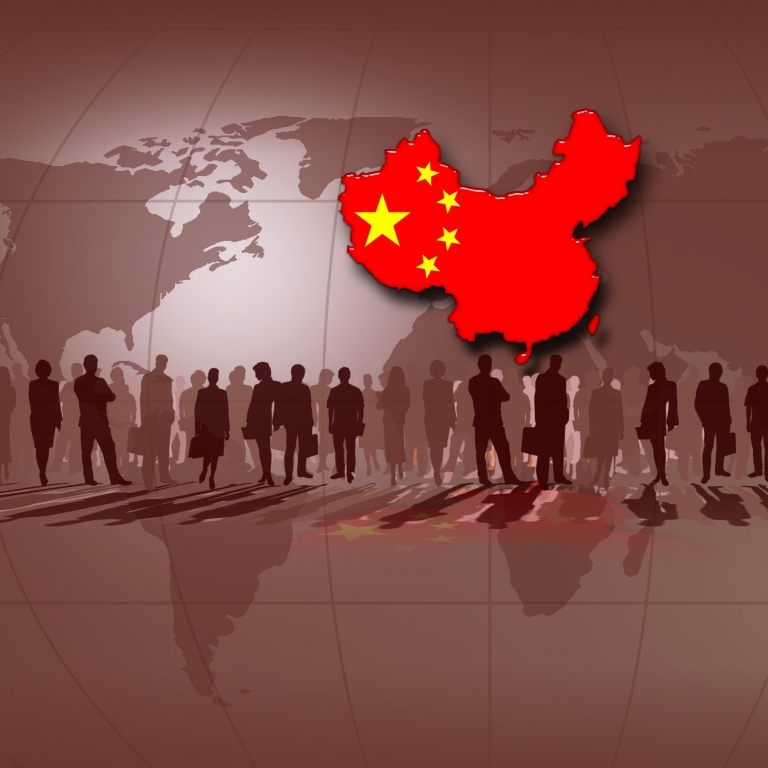 In his recent visit to the Czech Republic, the U.S. Secretary of State Mike Pompeo again ramped up the Cold War rhetoric and implied that China is a bigger threat to the Soviet Union.  “The CCP is already enmeshed in our economies, in our politics, in our societies in ways the Soviet Union never was,” proclaimed the chief diplomat of the U.S.

The United States under Trump administration is eager to paint China as the number one threat to the West. This view is now widely accepted by both the Democrats and Republicans in America as well as many people in Europe. With the U.S. and Europe badly affected by Covid, and issues relating to immigration and relative economic decline causing concern to the Western society, the rapid rise of a far-away country that’s so different and alien naturally make many people in the West anxious.

Certainly, the rapid rise of Chinese manufacturing and technologies and internationalization of Chinese firms pose China as an economic competitor to the West, but it’s far-stretch to say China is a threat to the Western way of life.

First, China is not as wealthy as many people believe it is. Although China’s GDP has grown spectacularly over the past 40 years, averaging about 9.5% increase from 1979 to 2018, on a per capita basis, China is still a middle-income country. The GDP per capita is just US$10,276 in 2019. In May, the country’s Prime Minister Li Keqiang revealed that 600 million people, about 40% of China’s population, are living with a monthly income of just US$140. The Communist Party’s primary focus is still centred around economic construction, which was put down in the Party’s Constitution.

However, many will point to China’s overall economic size—the second largest in the world—-and argue that the country is engaging in aggressive economic expansion overseas. Many people accuse China of engaging in “debt trap diplomacy.” It is often cited that China is Africa’s number one debtor. However, China owns just around 20% of all Africa’s debt. The rest is owned by mostly private Western banks and multilateral institutions such as the World Bank.

Another area that often causes concerns in the West is China’s massive Belt and Road project. The Belt and Road initiative’s primary purpose is economic rather than political. It seeks to channel the over-productiveness of China’s construction industry to the overseas market. Although this is a truly global initiative, with 125 countries signing memorandums with China, most of the projects are taking place in China’s neighboring countries. Southeast Asia and South Asia are the two main focuses, with the China-Pakistan Economic Corridor being the Belt and Road’s flagship project. It should be viewed as a regional rather than a global initiative.

Another much-hyped topic is China’s military modernization and expansion overseas. Although this is a particular concern to Washington, many in Europe also feel uneasy. In June, NATO Secretary-General Jens Stoltenberg warned that the rise of China is “multiplying the threats to open societies and individual freedoms, and increasing the competition over our values and our way of life.”

China is rapidly modernizing its military, with the main emphasis placed on turning its navy into a blue-water navy capable of operating far away from its shore. However, the intention is defensive rather than offensive. To China’s military planners, Taiwan is still the number one priority ever since the end of the Chinese Civil War in 1949. After Taiwan comes the South China Sea. Contrary to many people’s thinking, China’s claim on the South China Sea is inherited from the Republican period; China never extended its claim in the region. The fundamental legitimacy of the Communist Party is to safeguard China’s sovereignty.

Giving up its claim on Taiwan and the South China Sea is unthinkable for Beijing. Furthermore, about 80% of China’s energy and 40% of China’s trade passes through the South China Sea, making it a strategically important region for China. As a result, China’s recent military build-up is directed to secure the two locations core to China’s interest. Comparing to the West, China in the present possess neither quantitative nor qualitative superiority. Its navy has only two conventional aircraft carriers comparing the America’s 10 nuclear carriers. Chinese Air Force’s 5th generation J-20 is in double-digit while the U.S. Air Force, Navy, and Marines operate more than 500 5th generation F-22 and F-35. China currently only has one overseas naval supply base in Djibouti in east Africa. Meanwhile, France alone has 6 permeant bases on the continent.

No matter how Trump exaggerates and distorts China’s intention, China truly has no global ambition. It has no interest in changing other societies and no capability to compete with America for global influence. China has made it clear that it does not seek to export its system of governance. Unlike the Soviet Union, the Chinese administration is pragmatical, not ideological, and China’s current system is far less attractive to other countries than that of the Soviet Union’s during the Cold War. Although the U.S. tries to paint China as a Marxist-Leninist state, few scholars will agree that China is really Communist. Some will argue China is fascist. However, China is not really militantly nationalist. The Communist Party has repeatedly played down nationalism. China today has far more similarities with Napoleon III’s Second Empire France, Lee Kuan Yew’s Singapore and Peronist Argentina than either Nazi Germany or Soviet Union.

Recently, China’s economic engagement with Europe has been viewed with suspicion. The main complaints are intellectual property infringement, competition from Chinese firms, and that China closes its market to foreign firms. It is true that with China’s economic growth and technological advancement, many Chinese companies are increasingly competing with Western firms, for example, Huawei with Sweden’s Ericsson and Finland’s Nokia in the carrier market and with Apple in the consumer market.

It’s also true China often engages in protectionist trade practices and favors Chinese companies over foreign ones. However, China is not unique in this regard (Just look at Boeing’s history with NASA and Pentagon and Volkswagen’s relations with the German government). It seems to many that China always has more to gain from its economic ties with the West. This, however, is far from the truth.

However, European and American businesses have benefited tremendously from China’s economic liberation. For years, China is the largest market for German carmakers like Volkswagen and BMW and American tech companies like Apple, Qualcomm, and Micron. China accounts form half of Volkswagen’s worldwide sales, 37% for Audi, and 30% for BMW, Mercedes-Benz, and Porsche. A quarter of Apple’s iPhones are sold in China, while 66.6% of Qualcomm’s revenue and 57.1% of Micron’s revenue come from China.

The declining United States fears losing its influence and is eager to rally its allies to launch a new cold war against China. Through its leaders, diplomats, and official media, China has made it clear that it does not want to be an antagonist to the West. Development is China’s top priority. However, increasing pressure from the United States is forcing it to respond, escalating the already deteriorating relations. People in the world should remember that the Cold War was a terrible time. Proxy wars, assignations, coups, terrorism, arms race, and the fear of nuclear annihilation were normalities. Humanity still faces severe and imminent challenges from climate change, conflicts, and poverty. Only by working with China can the West tackle these challenges. Fearmongering and misunderstanding will only lead to more problems and suffering.