Why is North Korea turning down aid from Seoul? 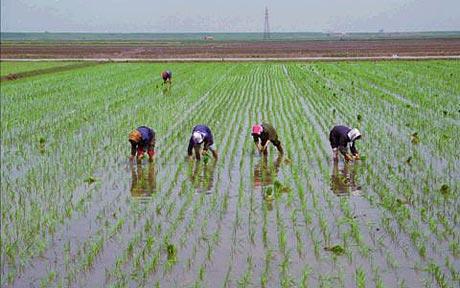 Much has been said about an apparent food crisis in North Korea, with harvest numbers dropping to their lowest in 10 years. Whilst economic analysts of the DPRK economy such as Benjamin Silberstein have noted the situation is not catastrophic, it is nevertheless clear that North Korea continues to struggle in terms of food-self sufficiency. In light of this, South Korea as part of their ongoing attempt to facilitate peace with Pyongyang, has recently sought to increase the amount of food aid heading North of the 38th parallel, recently confirming an enormous shipment of surplus produced rice to their neighbour.

Seoul however, recently proposed to go a step further. With inter-Korean projects such as the Kaesong Industrial Complex and the Mount Kumgang tourist resort remaining hamstrung due to the lingering presence of sanctions, something the administration in Washington has been persistent in upholding, according to a report from the Dong-a Il Bo the Blue House recently proposed resuming the projects in exchange for food aid. This included offers to send increased shipments of rice, tofu and soybean oil in exchange.

In a move not surprising to most observers, Pyongyang flat out rejected the proposal, setting out that it would accept money for the resumption of such projects. Inevitably, this led to accusations that the DPRK was being greedy and cared only about state-money. Of course, such an argument is painfully obvious. However, there is more to it than that. Beyond the desire for fiscal gain, analysts should note that becoming excessively reliant upon Seoul for food handouts is ideologically toxic for Pyongyang. With the regime’s ideology emphasizing self-reliance and the current political priorities opting for economic development within this paradigm, to have to rely on Seoul’s goodwill is a self-imposed political defeat and embarrassment which ultimately challenges the legitimacy of the state itself.

In official discourse, it goes without saying that North Korea does not recognize South Korea as a legitimate state. Whilst this rhetoric works both ways, for Pyongyang the official narrative is set in stone that the government in Seoul is in effect occupied territory under the vassal-ship of the United States. Whilst this Cold War christened narrative is somewhat outdated owing to the evolution of South Korea as a self-sustaining democracy, nevertheless Pyongyang are correct in their observation that Seoul will not seriously cross the red lines and parameters set by Washington; largely owing to the huge diplomatic, economic and legal costs for doing so.

As a result, this places clear limitations on the extent to which Pyongyang is willing to engage with Seoul. With Washington being the player who holds all the cards, North Korea judges in many situations that in order to get it what it wants it must instead strive to get the attention of the United States, rather than negotiating excessively with Seoul who can only urge Pyongyang to lean further towards the American position. Never has this been true on the matter of sanctions which block inter-Korean projects. Thus as noted above, with official state discourse in North Korea also rendering the South as illegitimate, this means that to negotiate with Seoul on any terms other than those favourable to its own is politically expensive.

This inevitability means that the proposal to resume inter-Korean projects in exchange for food supplies is a non-starter. Such a scenario comes with ample political risks with no reward whatsoever. First of all, excessive reliance upon Seoul for aid is near humiliating for the country’s ideology which claims North Korea must push forwards and achieve great feats on its own self-reliant path. Yet, to end up having to operate inter-Korean projects purely for instead of money is a damning critique of the DPRK political system and ability to deliver on an economic scale, especially in relation to Kim Jong un’s goal of development.

In addition, the fact that you’re relying on the goodwill of your illegitimate counterpart that just happens to be much more prosperous than you, doesn’t really go down well either. Such a scenario becomes a de-facto recognition of weakness by Pyongyang and a subtle indication that all arguments pertaining to the wider struggle for Korean legitimacy are long lost, ceding leadership, responsibility and ethic to Seoul itself. In turn, this completely hampers the DPRK’s own ambitions to drive forwards inter-Korean relations on its own terms and to maintain the cohesiveness of its own political order. The idea of North Koreans coming into contact with South Koreans again through these inter-Korean projects, just for food, is politically toxic and rumours of that would spread quickly.

Therefore in summary, Pyongyang’s rapprochement with Seoul isn’t all about peace for the sake of peace and “Inter-Korean good will”. Rather, North Korea wants to be able to secure political and economic gains on its own terms and is not prepared to play ball unless those things are on the table. The administration in Seoul might have worked hard to be kind to Pyongyang on a sincere level, but that really isn’t useful to Kim Jong un at all. He isn’t presenting himself as a desperate man lining up at the soup kitchen for charity. With the South continuing to be a de-facto “political liability” to North Korea, there is no way he is going to be so subservient, even if it appears greedy.

Instead, as recent missile testing notes, all eyes and all focus are now geared towards twisting the arm of the very man who can give them precisely what they want. Trump.