Why the Iran Saga is a disaster for North Korean denuclearization 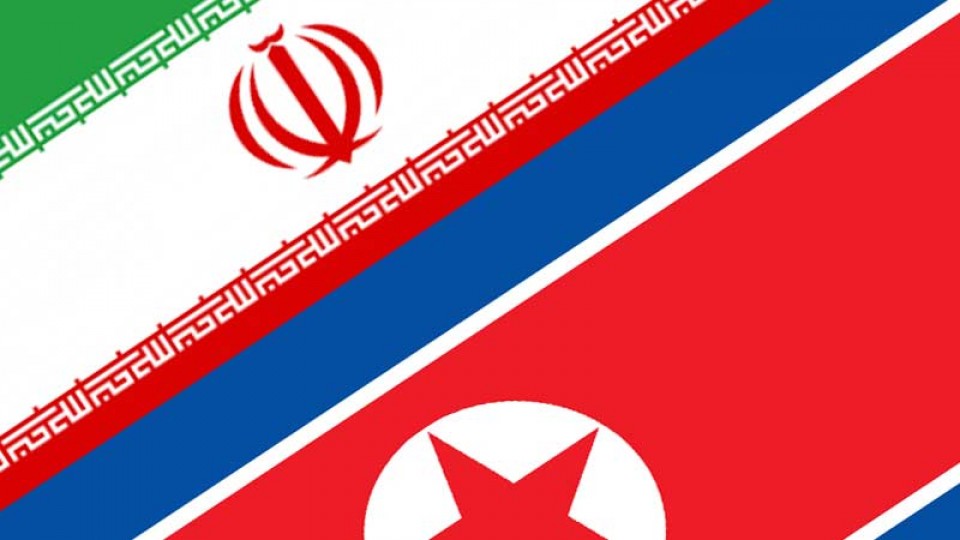 “Iran made a very big mistake“- declared Donald Trump on twitter. Hours earlier, Tehran reported that it had shot down an American drone of which it argued was infiltrating their airspace. Whilst Washington acknowledged such an attack had taken place, it nevertheless denied its presence within Iranian territory accordingly. Inevitably, as has been standard for Iran-US relations presently, the White House resorted to escalation.  A report from the New York Times claimed that the President had signed off a serious of retaliatory strikes against the Persian nation, only to U-Turn on them at the last moment. Gossip is abound concerning internal divisions within the Oval Office, with John Bolton widely epitomized as a bogeyman for the use of force.

Either way, the Trump administration is taking a highly coercive approach against Tehran after having withdrawn from the joint comprehensive plan of action (JCPOA) last year. Mike Pompeo says they want to make Iran behave like a “normal country”- pointing not so much towards the nuclear issue, but rather the regional power struggle between Tehran and U.S allies such as Saudi Arabia. Yet, in the background sits the President’s parallel negotiations with Pyongyang. The responses right now are markedly different. Whilst the White House aggressively plays up any incident in the Middle East as being the fault of Iran, the President is simultaneously playing down any negative developments in talks with Kim Jong un. As he recently and repeatedly quoted, “there is no rush”. The President even moved to play down John Bolton’s claim that two recent North Korean short range ballistic missile tests were in violation of UN Security Council Resolutions.

Yet even when tensions between the two countries were soaring high in 2017, the White House did not actually go as far as ordering any attacks on Pyongyang. The furthest the President actually went was to order an evacuation order of U.S citizens from South Korea, a move which was also U-turned before it went public. In this case, there is little empirical evidence to suggest the administration was serious about actually bombing North Korea. Yet with Iran, even if it such bluff, the scenario seems to go a lot further. The question is however, why? Is it truly a matter of deterrence, stemming from the fact North Korea has nuclear capabilities whilst Iran has not? The two situations are without simplification, very different. Regardless, the drama communicates a very clear message to Kim Jong un: That deterrence can constrain Washington and that Pyongyang is strategically safer with nukes, than without them.

Firstly, the threat that Iran poses to the United States is not direct, but in terms of harming regional interests. Tehran is a revisionist state seeking to challenge a political order in the Middle East led by Israel and Saudi Arabia as partners of the U.S. Despite Washington pulling out of the JCPOA, Iran does not have and is not close to having any nuclear capabilities. Although it has a ballistic missile program, this does not yet have long range attributes. In addition, whilst Iran has regional client forces such as Hezbollah and other militias, nevertheless it does not have any presence outside of the Middle East and has no ability to mobilize on a global scale. This means in no circumstances can Iran directly attack American territory, nor has it developed aspirations to do so. Finally, because regional allies such as Israel also possess alleged nuclear capabilities, this also means that it is not a rational move for Tehran to attack them.

Such means that Iran poses a limited threat to American regional interests and the balance of power is largely working against them. As a result, the White House believe they can push military boundaries against Iran further and face less direct risk in terms of Tehran’s responses (although that does not negate the fact a war would still be catastrophic), even if the direct threat to the US is minimal. The DPRK however, is different. Kim Jong un made his paramount political goal to create a nuclear missile that was capable of striking the continental United States. Whilst the administration did exchange tit for tat threats of annihilation and military action throughout 2017, this appears to have been a negotiating tool than a serious consideration.

Nevertheless, throughout that year, Pyongyang made fast advances along this avenue in response to a belief Washington was now turning the screw on them, seeking to advance their position as fast as possible for future talks. Although not fully perfected, Intercontinental ballistic missile technology eluding to such a capability was utilized. As part of talks, however, Kim eventually put any further testing on hold opening up the status quo we see today. This created the logical consideration by the White House that if Kim was to walk away and resume such testing, they could very much attain that milestone and gain the upper hand, hence why Trump has purposefully avoided a return to provocation. In every sense, Pyongyang is on the verge of becoming a direct threat to American territory itself if things go wrong, in sharp contrast to Iran’s strictly regional threat. Thus, pushing the DPRK to retaliation from this point on ultimately poses a new level of risk.

In this case, the Trump administration have perceived that they can get away with antagonizing one country and dramatically upping the stakes, whilst they cannot do so with another. Nevertheless, this sends the wrong message to Pyongyang. Witnessing the Iran debacle drag on, the North Korean leadership are likely to feel vindicated in their belief that the pursuance of nuclear capabilities were strategically correct and in turn, as the summits and other diplomatic exchanges have demonstrated, forces Washington to take their position seriously.

Although differences have been repeatedly shown on the question of sanctions relief, which is inconvenient to North Korea, there is no doubt that many feel such are a necessary and short term price to pay in the pursuit of long term gains. Nuclear weapons offer Kim diplomatic and political capital to engage with other actors on level terms. To trade those away would be an act of national suicide, especially if the U.S cannot keep its word on agreements (as per the JCPOA).

In this case, the administration is making catastrophic mistakes in regards to non-proliferation. They are creating incentives for other countries to acquire and double down on nuclear capabilities by demonstrating how the variable of such weaponry can have an impact upon the level of Washington’s responses. As Kim Jong un continues his diplomatic breakout and finds support from other countries for his position, such all combines to make it accumulatively harder to acquire concessions from Pyongyang on favourable terms. Kim is more comfortable than ever that deterrence works. Thus, the Iran saga is a disaster for North Korean denuclearization.