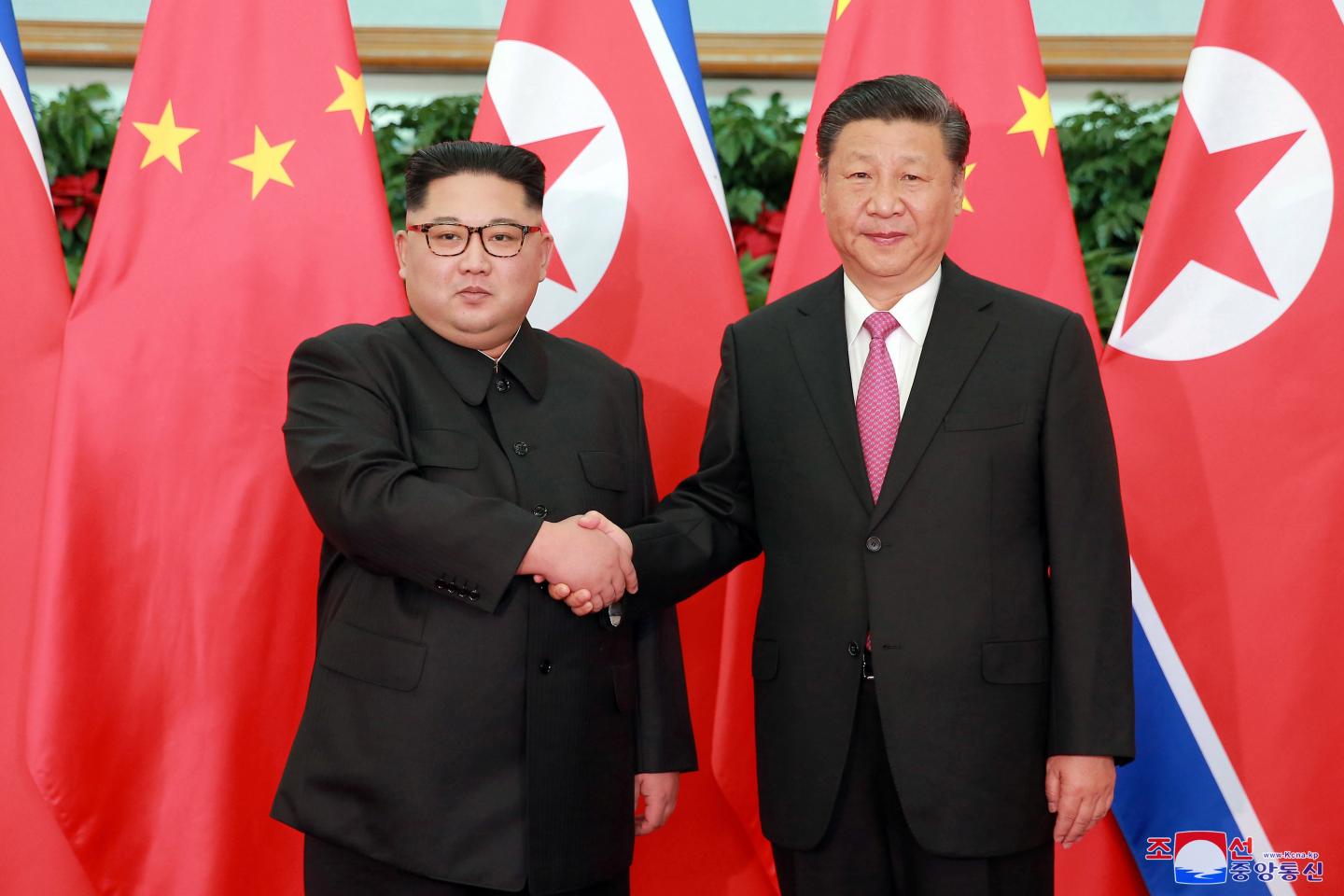 Yesterday Chinese media and North Korea’s KCNA announced that Communist Party chairman Xi Jinping would be making a state visit to Pyongyang, the first by a Chinese leader to the country since Hu Jintao’s embankment in 2009. The event comes in the midst of a growing diplomatic engagement between the two neighbouring states, with Kim Jong un having already visited China three times to meet with Xi in the past 12 months.

Whilst Xi had from the beginning of this period pledged a reciprocal visit to the DPRK itself, nevertheless this was slow to materialize, with rumours abound that the Chinese leader was in fact hesitant owing to his broader relationship with the United States and a growing trade conflict escalated by Washington. Given this, the timing of such a visit is not a coincidence. With the United States having illustrated a “bad faith” negotiating approach to China and projecting an appetite for confrontation, despite largely sincere cooperation on the matter of DPRK sanctions in the background, the country’s leadership have decided the liabilities of such a visit to Pyongyang are minimal and instead, are moving to directly assert China’s own interests and presence upon the Korean peninsula in a more bilateral fashion. As the China-DPRK relationship is re-emphasized following years of fall out, the Xi visit will grant Kim Jong un increased political, diplomatic and economic space in his negotiations with Trump, offsetting the White Houses’s pursuit for a capitulation to one-sided terms on denuclearization and increasing leverage in the midst of broader Sino-US disputes.

It is difficult to understand China’s approaches towards North Korea independent of its broader relationship with Washington. With the rhetoric of a longstanding “alliance” and “comrades in arms” being somewhat anachronistic, in the contemporary era Beijing has sought to its strategic interests in the survival of the DPRK regime whilst balancing that with the need to maintain a productive relationship with the United States. This has created in the post-cold war era a priority placed on stability with the view to upholding the political status quo. As is frequently stated, China does not want North Korea to collapse but simultaneously nor is it willing to tolerate actions from Pyongyang which forcibly change the region’s balance of power and provoke military tensions. As a result, Beijing has been willing to cooperate with Washington on the matter of United Nations sanctions, something which gained increasing political priority under Xi Jinping as the DPRK’s capabilities became more defiant, threatening and troublesome.

Consequentially, relations between the two countries declined dramatically and in 2017, as Trump became more assertive on North Korea, China responded to the shifting context with an emphasis on multilateralism, cooperating with the U.S via the United Nations and pursuing some of the toughest sanctions ever imposed on Pyongyang with the view to facilitating dialogue. At the same time, Beijing also clearly believed that by doing so they could uphold a stable and productive relationship with the White House, illustrating responsibility and fairness. In other words, by being pragmatic towards the Trump administration and putting their interests pertaining to North Korea on the table, China could offset potentially hostile behaviour and in turn avert threats of a trade war on the President’s behalf.

This however proved to be a huge strategic miscalculation. Immediately after diplomacy with North Korea began in 2018, Trump unleashed an increasingly escalatory trade offensive against Beijing weaponizing growing levies against imports from China. Again, Xi sought stability and reason to address it, seeking to negotiate with Washington on pragmatic terms, only for the President to throw the entire deal out of the window at the last moment in May, increase tariffs and then ban Huawei from U.S technology markets. In essence, Beijing shown a “good will” strategy towards the Trump administration despite differences, and found each time they were burned by increasing attacks from the White House, who in a similar fashion to negotiations with the DPRK, demanded nothing less than a one-sided capitulation to an ever growing list of American terms.

As a result, the past month has posed a significant pivot in US-China relations which in turn, has an immediate projection about the future path of the North Korea issue. Whilst of course this is not going to be a “return to the 1950s”, a “cold war style order” or any rejection of the notion that North Korea must make nuclear concessions, China has nevertheless came to the recognition that it must stand up for its interests against the United States in a longer struggle than to simply try and appease Washington through negotiations. State media rhetoric is now repeatedly emphasizes themes such as struggle, resistance and self-reliance in the midst of U.S pressure. Historical memories such as the Korean war and the “Long march” have also been invoked. In other words, competition has become the new norm.

Given such, Beijing’s attitude towards Pyongyang will change slightly, with its strategic value gaining increasing importance. Because attempts at multilateral resolutions to making progress on North Korea are failing (Washington simply ignoring everyone else) China has thus decided to pursue bilateralism with their neighbour on a higher level. Thus, a Xi visit is no longer seen as a political risk in the pursuit of the broader relationship with Washington, but a necessity. Whilst China will obviously continue to support dialogue between Kim and Trump and will not publicly disrupt this, it will nevertheless not allow itself to be placed into the position of a conduit in following Washington’s lead on the issue and stay out of the scene (Hence previously delaying visits). For there is nothing to gain by doing so on any level.

Instead, the PRC will seek to more pro-actively secure its own interests on the Korean peninsula with the view of nudging Washington towards offering more compromises on a wide range of issues, seeking to prevent a scenario whereby Pyongyang is subdued into Washington and Seoul’s sphere of influence by the “no sanctions relief until full denuclearization occurs” line. This means inevitably, some form of underhand sanctions relief may be on the table, as well as a stiffer resistance to U.S unilateral sanctions outside of UN boundaries. Whilst this obviously delivers political and diplomatic space to Kim Jong un to stiffen his negotiating hand against Washington, at the same time this also serves to increase China’s leverage in pursuance of the broader geopolitical struggle that is emerging. If Trump is not prepared to play nice over trade and Huawei, then the “North Korea card” subsequently becomes a stronger option. Xi personally attending the DPRK being the most explicit sign of that.

Thus in summary, the message is clear: the broader Sino-US dispute is highly consequential on the matter of North Korea. Whilst China has been open to pragmatic cooperation with Washington,  abrasive policies from the White House and a desire to be tougher on Beijing has undercut the belief that good will can maintain stable ties between the two powers. Instead, everything now is being transfigured into a geopolitical competition and game of leverage. Thus whilst China will not let Kim Jong un completely off the leash on the nuclear issue for they still have a great deal to lose in doing so, nevertheless it’s fair to say that the era of “pressure being imposed on behalf of Washington” is over. Thus, Xi’s visit indicates that the bilateral relationship between the PRC and DPRK will now become the preferred mode of diplomacy in order to secure China’s interests, rather than the misleading hope that the highly unilateral premiership in Washington is going to offer a fair or compromise outcome.